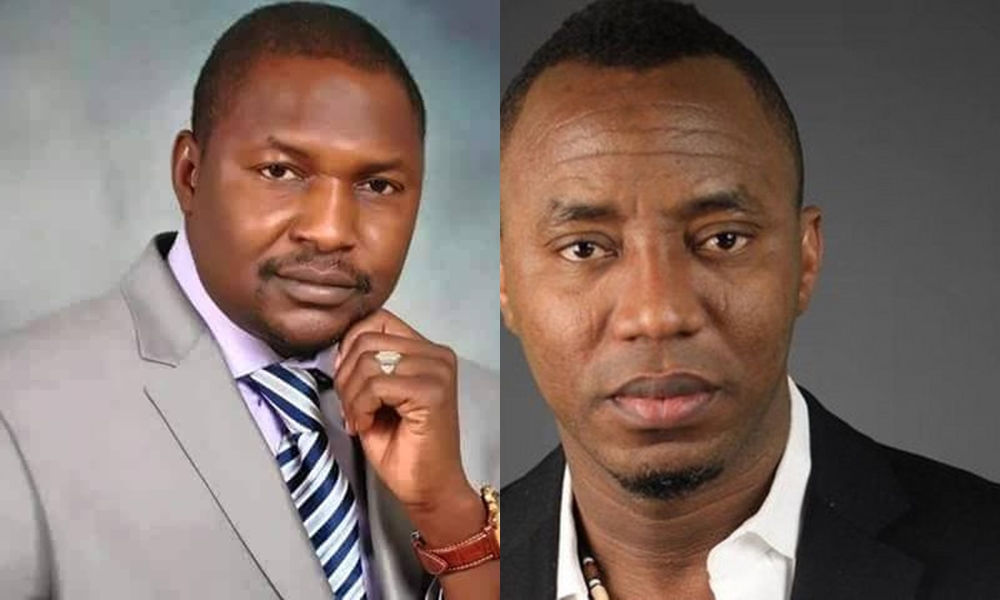 Minister of Justice, Abubakar Malami (SAN), has taken over the case against Omoyele Sowore, who led the #RevolutionNow protests before he was arrested in August.

A statement by the minister’s Special Assistant on Media and Public Relations, Dr. Umar Gwandu, confirmed this on Friday.

The statement referred to a December 11, 2019 letter sent on behalf of the AGF by the Solicitor-General of the Federation, Mr. Dayo Apata (SAN), to the Director-General of DSS, Yusuf Bichi, directing the security agency to “promptly forward all the case files” to the AGF office.

How the Military plan to inject me with COVID-19 –…

The letter by Apata, who doubles as the Permanent Secretary, Federal Ministry of Justice, was a response to a September 9, 2019 letter sent to the AGF.

The statement by the media aide to the AGF reads in part, “The Solicitor-General of the Federation and the Permanent Secretary, Federal Ministry of Justice, Dayo Apata, SAN, who signed the letter, referred to a letter from the DSS office on September 9, 2019.”

It quoted Apata’s letter as stating that “the Honourable Attorney-General of the Federation and Minister of Justice upon a further review of the case, has directed the immediate takeover of the prosecution of all charges in respect of Omoyole Sowore by the Federal Ministry of Justice, in line with the provisions of Sections 150(1) and 174 (1) (a-c) of the 1999 Constitution (as amended).”

The letter requested the Director to “promptly forward all the case files” in respect of Omoyele Sowore to the office of the Attorney-General of the Federation and Minister of Justice.

The statement by the media aide of the minister indicated that the move to take over the case from the DSS was to ensure speedy completion of the case.