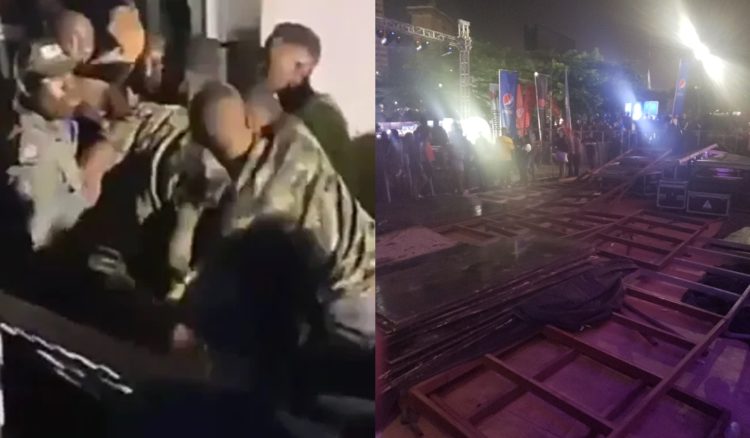 This December period is about building memories to last a lifetime. But for fans who attended NativeLand19, they want to put their experience behind them.

The Concertgoers who attended Native Land concert at Muri Okunola Park in VI have taken to Twitter to complain about all the things that went wrong.

Some were flogged by security personnel, the stage collapsed, there was a stampede, and people were injured. Some allegedly ended up in the hospital.

A number of people lost their personal belongings. One Twitter user shocked people when she revealed she lost the wig on her head.

So this happened last night. 😩😭😭😂 #yabaleftonline

Some Twitter users complained that the gates were locked and those inside who had curfew couldn’t leave to go home.

#NATIVELAND19
1. You can’t say people can only enter with wristbands and not have a designated spot for collection of wrist bands.

2. Paying Guests/Customers cannot be tased and whipped and assaulted while trying to enter the venue for which they bought tickets 💆🏾‍♀️ @NativeMag

I left #NATIVELAND19 about 9:58pm yesterday, not because it wasn’t lit or anything but because something just was making me feel unsettled. Now I’m hearing that the VIP section I was at collapsed and there was a stampede?😩🙆🏾‍♀️🤦🏾‍♀️..

The organizers of the show were also berated for having such a great lineup of stars without planning properly.

Below is a video showing the moment concertgoers were flogged ;