Nigerian man mourns death of a friend, Christian Ali who went into a coma a day after his wedding 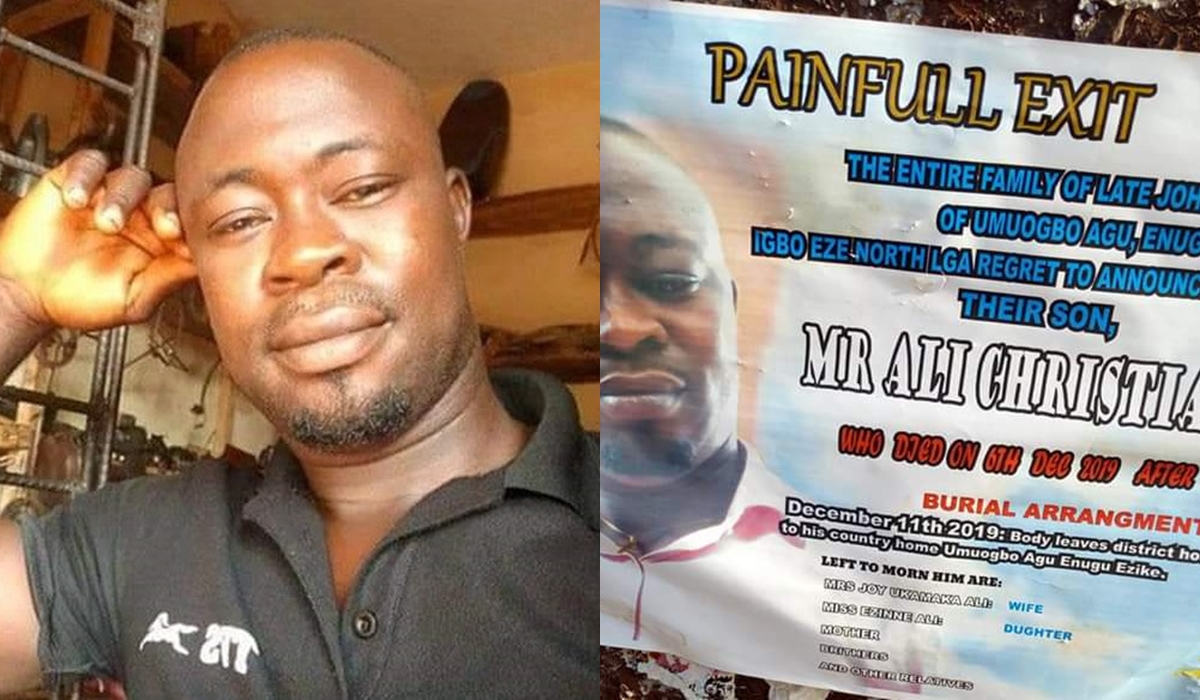 A motorcycle mechanic, named Christian Ali has sadly met his untimely death, after slipping into coma, a day after his traditional wedding on November 29. 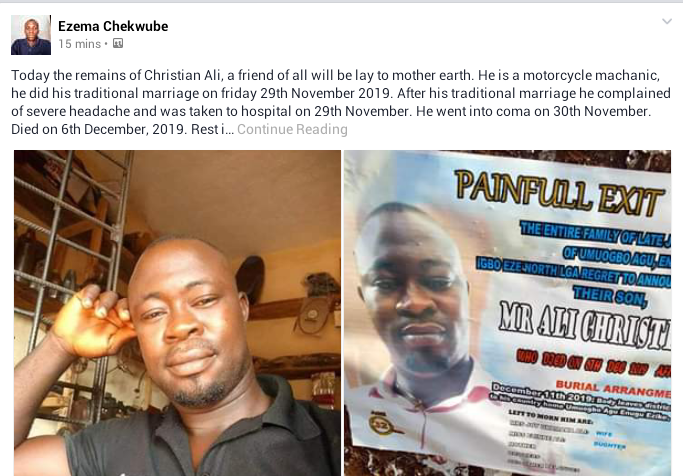 Adventurous Doctor took his Fiancee to get wedded atop 12…

Man beats wife to coma, threatens to beat her again once she… 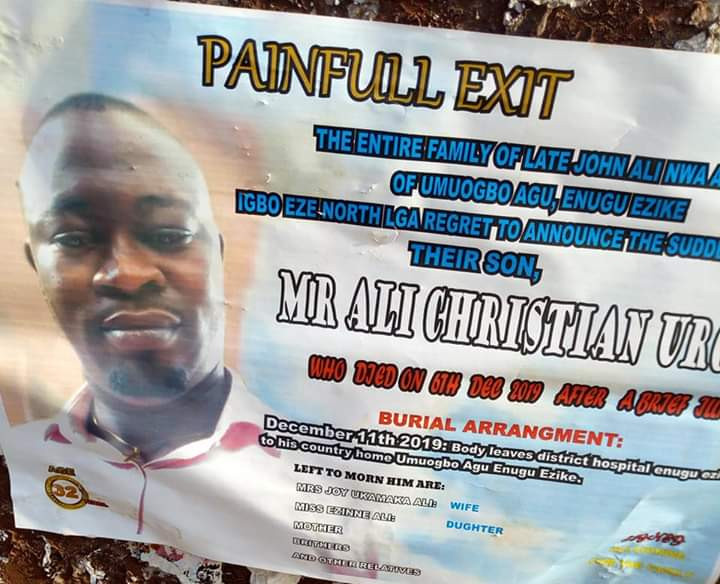 Check out this trending video of beautiful female soldiers dancing

‘My next husband must pay me $10,000 as salary monthly’ – Afia Schwarzenegger