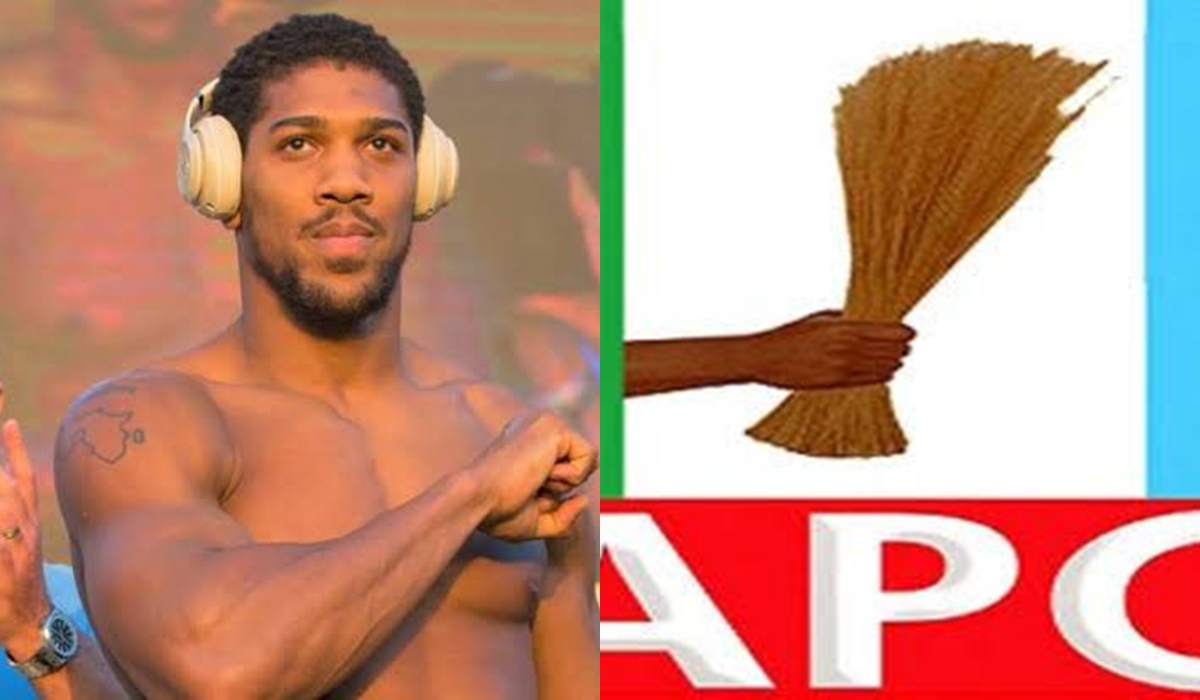 The All Progressives Congress (APC) has congratulated Anthony Joshua, who defeated Andy Ruiz to reclaim his heavyweight titles, in a rematch on Saturday, December 7, in Saudi Arabia.

In a statement signed by its publicity secretary, Lanre Issa-Onilu, the party recalled how the boxing champion suffered setback many months ago when he lost to Andy.

It, however, appreciated how Joshua did not let the setback make the best out of him as he rose back too reclaim the titles he had lost.

Blessed to see another year – Anthony Joshua says as…

The All Progressives Congress congratulates Nigerian-born @anthonyfjoshua on becoming a two-time world heavyweight champion following his victory over Andy Ruiz Jr in a tense rematch in Saudi Arabia.

The party also spoke the boxer’s determination and resilience, saying it typifies the “can-do” spirit of Nigerians.

Anthony Joshua’s persistence and resilience represent the typical can-do spirit of Nigerians in the face of adversity.

He is a man who is proud to be a Nigerian doing his best in his calling to uplift the name of his fatherland,” it said.

Mayorkun Gives Reason Why He Goes Around With Police Escorts