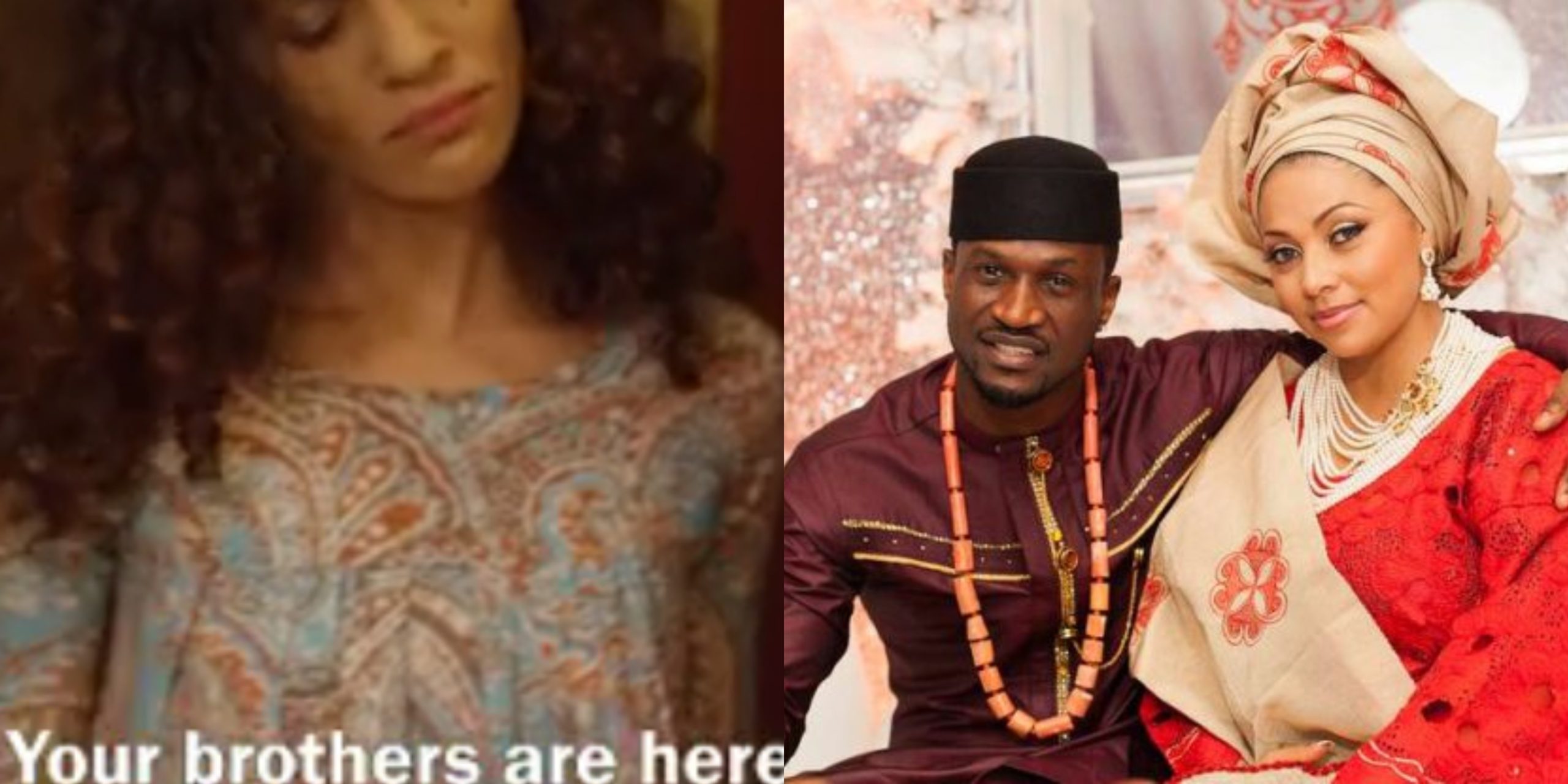 Peter Okoye of the defunct Pssquare seems to have revealed the underlying issues that caused the split up of the PSquare music group. Peter in his new single titled Too Late, made some shocking revelations about his brothers, Jude Okoye and Paul Okoye for not accepting his wife, Lola Omotayo-Okoye.

Word on the street has it that the Okoye’s have never been in support of the marriage between their brother Peter Okoye and wife, Lola Omotayo-Okoye. As you may know, Lola has been dating Peter Okoye from the days before fame and money and she has supported the group in different means possible due to her family’s affluence.

Peter who apparently was not following the script, fell in love with Lola and had to go into war with Jude and Paul as they never liked Lola. The wedding happened, they sorted the issues and rift between them multiple times but they never seem to accept the fact that their brother married a Yoruba lady. Peter had to protect his family, hence the breakup of the group as they will never stop infringing on his private life.