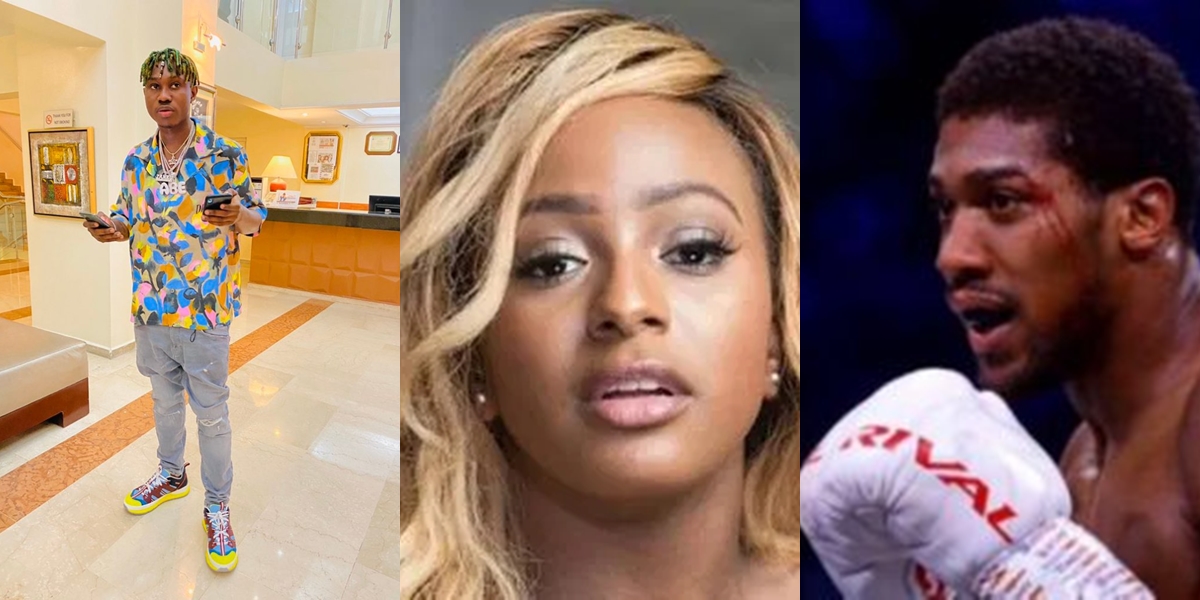 The rapper took to the popular micro-blogging platform, Twitter, to make the statement.

He shared his tweet and asked the boxer to leave Cuppy alone. In the tweet, the rapper stated that he won $10,000 because of Anthony Joshua.

Drama as Zlatan Ibile fires back at follower who called him…

Zlatan won the cash after Joshua won his rematch with Andy Ruiz.

Zlatan did not mention why he asked Joshua to leave DJ Cuppy alone. However, Nigerians had speculated that Joshua and Cuppy were dating after they made their friendship public this year.