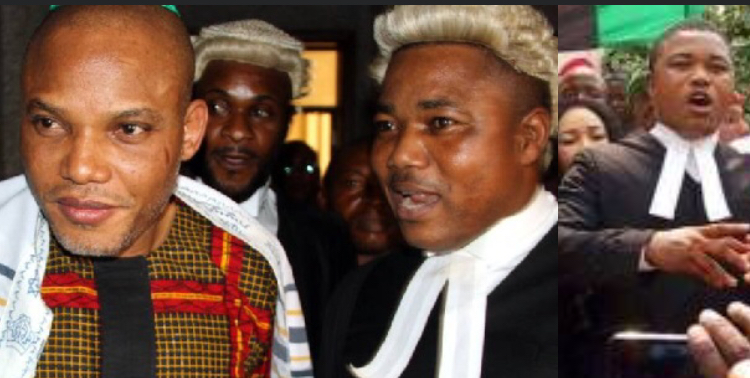 Ifeanyi Ejiofor, lawyer to the leader of the Indigenous People of Biafra, Nnamdi Kanu, has been declared wanted Anambra State Command of the Nigeria Police Force.

The declaration follows the killing of two policemen on Monday, December 2, in Anambra state.

It was gathered that the two police officers were killed by some irate youth in Oraifite under Ekwusigo Local Government Area of Anambra State for allegedly attacking the house of Ejiofor.

Lady cries for the rescue of her sister, Bisola Ajayi that…

According to Sahara Reporters, A source in the area had said that in retaliation for the attack on the lawyer’s house, youths in the community killed the two policemen and burnt them at the Nkwo Market area of Oraifite.

Commissioner of Police in the state, John Abang, disclosed this while speaking with journalists in Awka, the capital, on Tuesday.

He said, “I’ll like Nigerians to know that Barrister Ifeanyi Ejiofor (a member of the proscribed IPOB) has been declared wanted.

“I’ll seek the cooperation of law abiding Nigerians, East, West, North and South that wherever they find this individual, they should report to the nearest police station for possible arrest and prosecution based on the rules and laws of Nigeria.”