American based Gambian actress Princess Shyngle has admitted that she was stupid for her actions after she re-united with her ex-boyfriend Frederick.

The curvy actress had publicly shamed her boyfriend weeks ago with claims that he lied, cheated and was never loyal to him. This led the actress to break off her engagement with him on cheating allegations.

In our previous report, we revealed that Princess Shyngle has finally let sleeping dogs lie and forgiven her boyfriend after refusing to forgive him even when the boyfriend threatened to kill himself.

She took to her InstaStory to share a picture where she was seen kissing and canoodling with Frederick indicating they are back together.

A while after that, Princess Shyngle took to her Instagram feed to admit her “stupidity” for not handling the issue in a matured way.

A while ago I did something very stupid and extremely wrong just because I was angry, mad, bad temper and was simply not thinking. I got it all wrong and accused him wrongly then posted a video of him crying and threatening himself just to embarrass him and ridicule him, that was childish of me and I don’t think I can ever forgive myself for doing that. I am here today to apologize to my man, my family , my followers and friends for my actions, from the bottom of my heart I’m sorry, even though my man said he doesn’t care I know that I was wrong and I’m owning up to it. To everyone that called, dm and messaged me to put the video down I want to say thank you. To my husband I want to let you know that I love you with every bit of my heart and soul, I meant it when I said you’re the first man I ever fell in love with and you’ll be my last, thanks for fighting for us, thanks for never giving up and thanks for choosing me. You’re literally my life and I live for you. I love you Frederic Badji my tall, dark, sexy Senegalese hot chocolate 🍫 ❤️💍❤️💍. Happy new month everyone and always let love win ❤️❤️❤️ 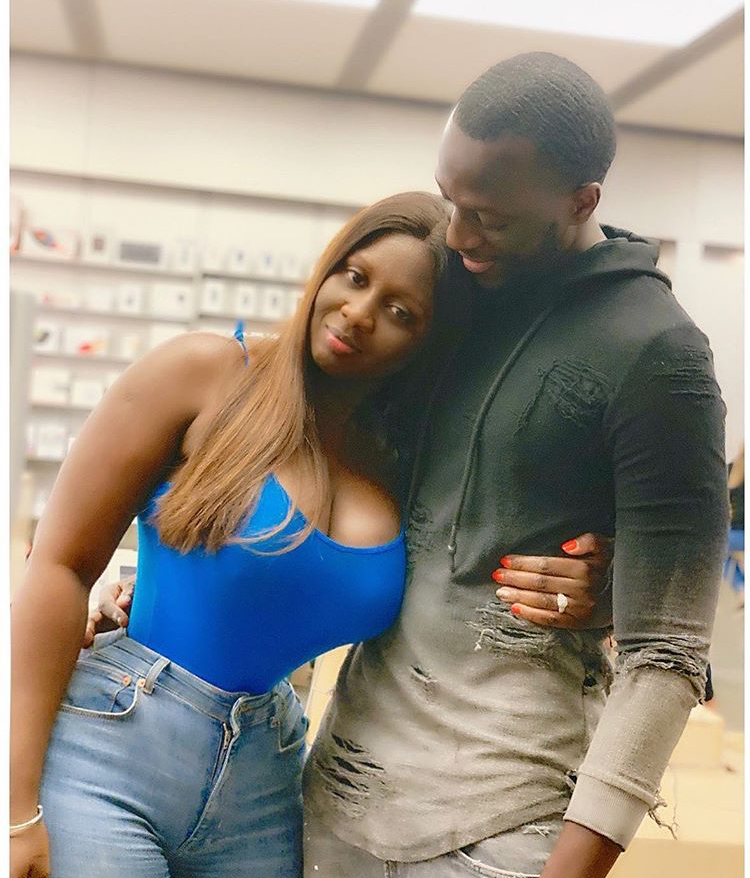 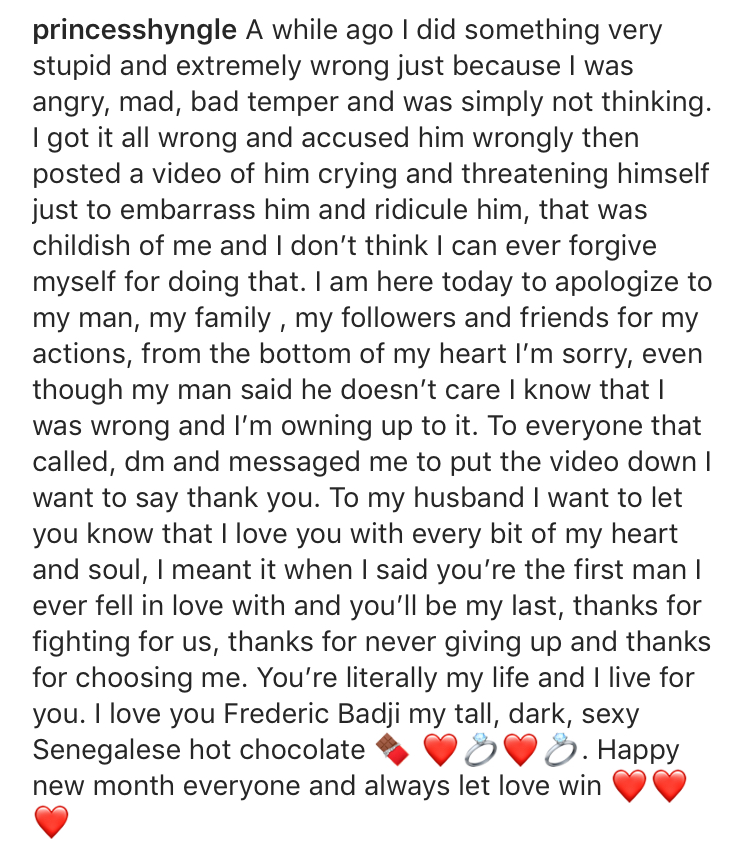