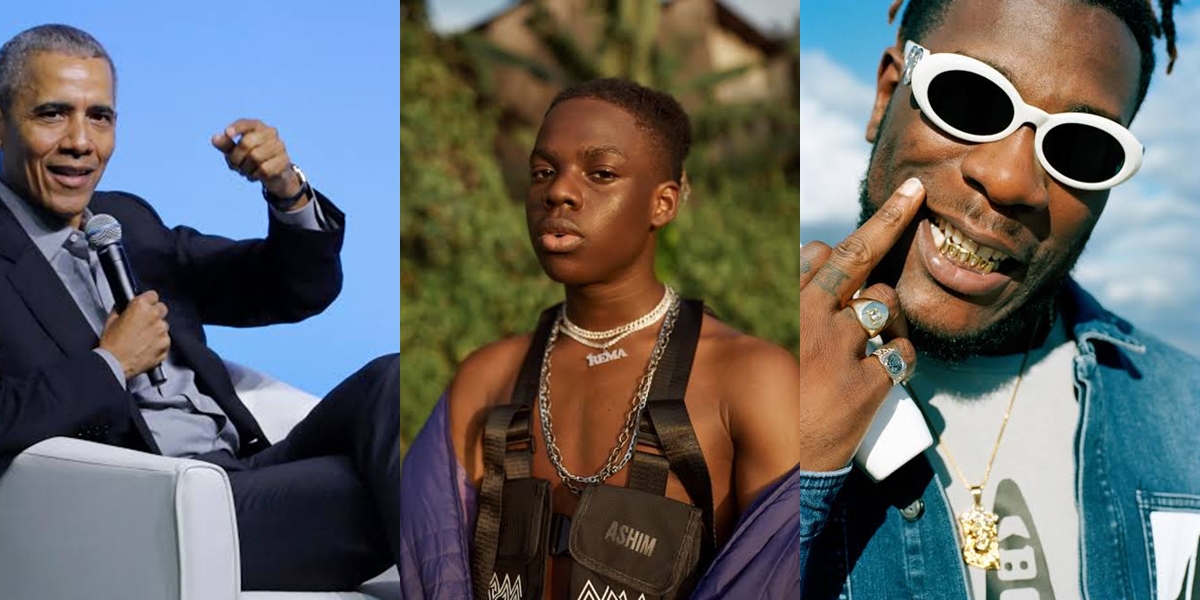 Former US President Barack Obama released a list of his ‘Favourite Music of 2019’ which included songs from two Nigerian artistes – Burna Boy and Rema.

Burna Boy allegedly receives beating of his life at club in…

“From hip-hop to country to The Boss, here are my songs of the year. If you’re looking for something to keep you company on a long drive or help you turn up a workout, I hope there’s a track or two in here that does the trick.”

Burna Boy’s ‘Anybody’ and Rema’s ‘Iron man’ were listed alongside 33 other songs which include Playing Games by Summer Walkers, Show Me Love by Alicia Keys featuring Miguel, Mood 4 Eva by Beyonce.

Recall that in August, Obama shared a list of his 2019 summer playlist which also included Rema’s ‘Iron Man’.

Rema was the only Nigerian artiste who made the playlist of 44 songs on Obama’s summer playlist. Crazeclown announces he is engaged to his girlfriend