Music Minister and General Overseer of the City of Praise WorldWide Prophetic Ministeries, Prophetess Patience Akpabio have a handful of advised to women on how to act during sex with their husbands.

She claimed that moaning out loud during se-x helps to make active and intelligent kids. The prophetess published the post on Facebook on December 2.

In her post, she referred to her hubby as “orgasm general”, while also stating that  couples should raise a bar for volcanic orgasms that is capable of producing freedom fighters not dumb kids.

”*Silent Sex without loud moaning produces silent and inactive children who cannot speak up for their rights in the face of tyranny.*
*Moan out loud when he smashes your Calabash. Make the joyful noise unto your starved neighborhood. Raise a bar for a volcanic orgasms that’s capable of giving us freedom fighters not dumb kids.*
*The Country is at stake, we need freedom fighters. Say no to silent sex!!!*” 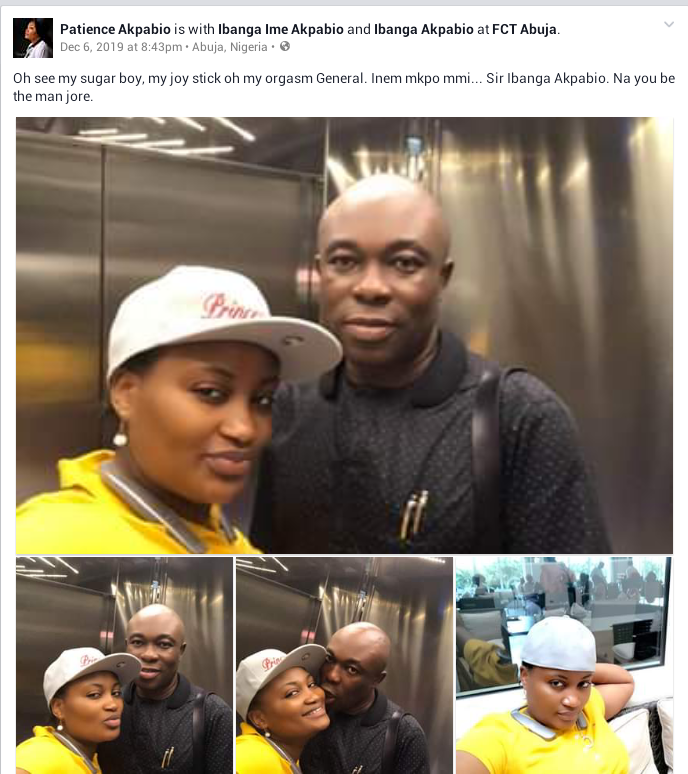