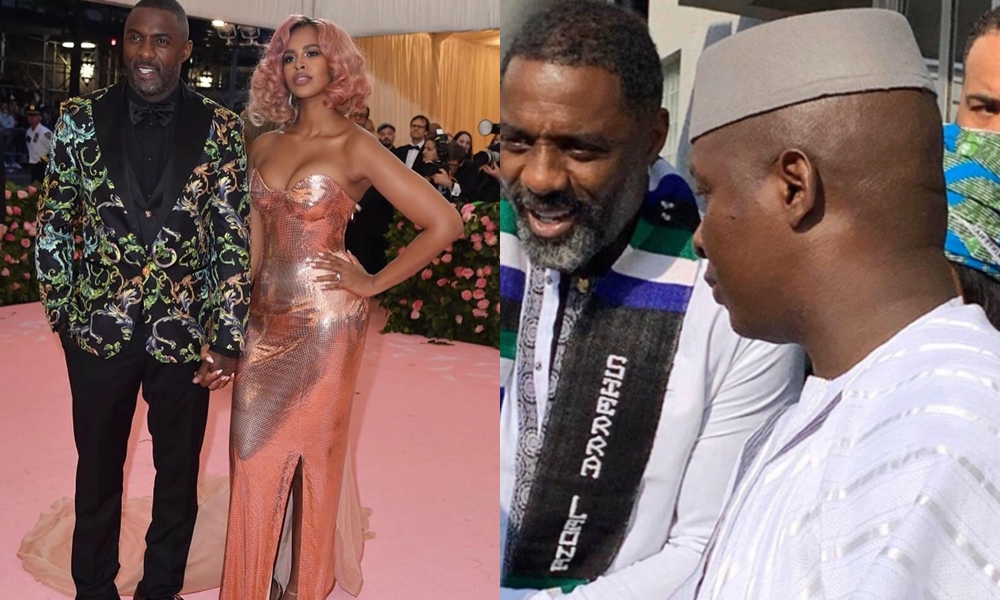 Idris Elba and his wife Sabrina Dhowre have been granted honorary citizenship in his late father’s homeland of Sierra Leone.

The ceremony happened after Elba and his wife visited Sierra Leone for the first time. Sierra Leone President Julius Maada Bio conferred the passport to Elba and Dhowre at an emotional private ceremony at his colonial-era residence in the capital Freetown.

“I’m humbled and thankful for the opportunity to become a citizen of my father’s country, it’s an honour for our family,” Elba said.

The actor was born in London but his mother is from Ghana and his father from Sierra Leone. Speaking in a mixture of standard English and British-accented Krio, Elba said he had wanted to visit the West African country earlier but “it was in turmoil and he was chasing his own dreams.”

His father and uncle left Sierra Leone for London in the 1960s and 1970s “with only two bags and prayers,” he said. Elba’s father died in 2013. But his uncle, as well as senior government ministers, attended the ceremony.

President Bio said he hoped Elba would help Sierra Leone shed its image as a source of blood diamonds and Ebola virus. The diamond-rich former British colony is one of the world’s poorest countries and is still recovering nearly two decades after the end of a civil war which claimed some 120,000 lives.

Femi Adebayo celebrates his son, Fadhil on his 1st birthday