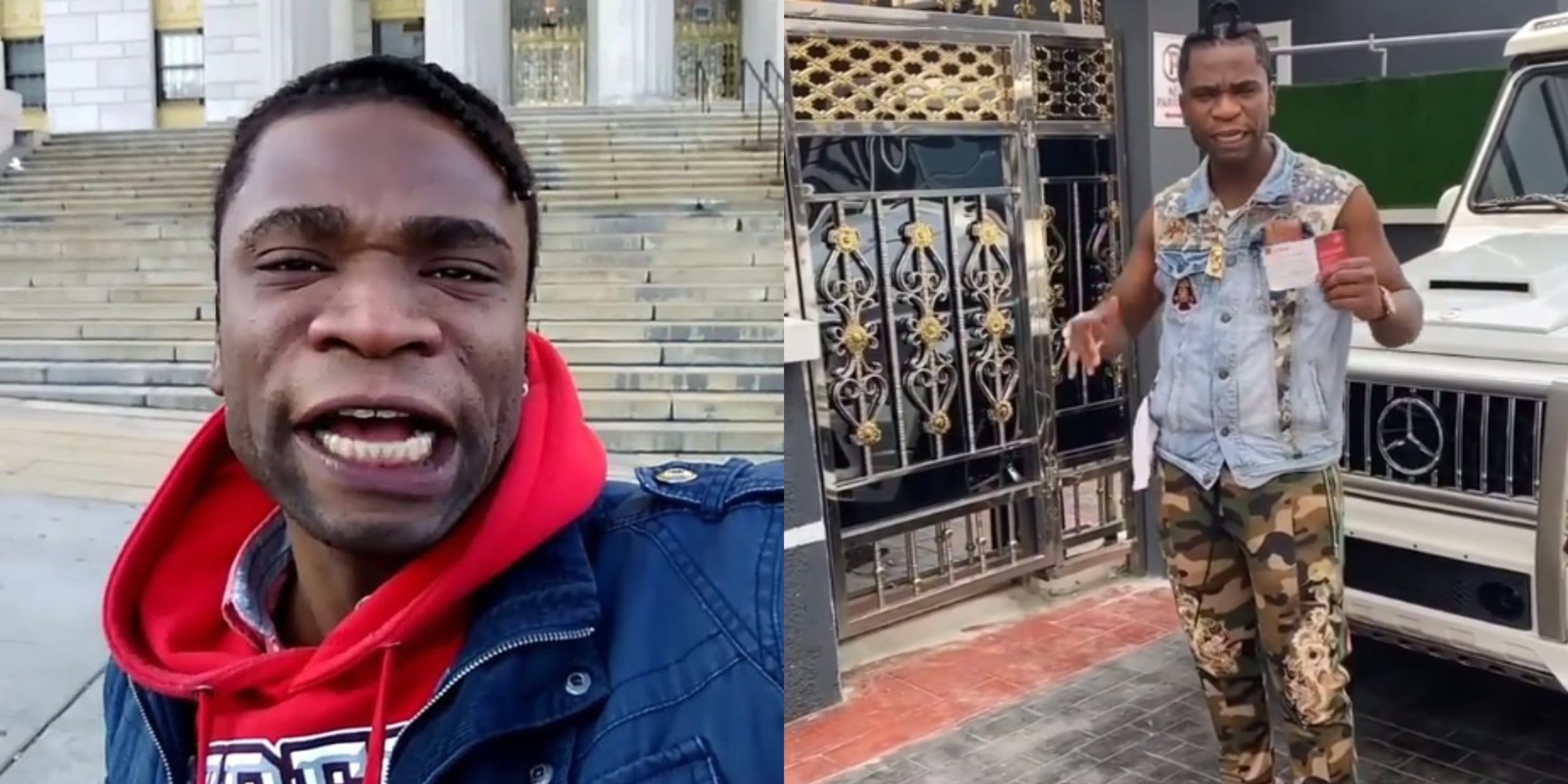 American based-Nigerian singer, Speed Darlington has expressed his dissatisfaction at the state of the country shortly after he landed the Lagos Airport. The controversial singer has dared any military man to try to stop him from wearing a camo outfit.

Shortly after lamenting over the horrible state of the escalators in the Lagos International Airport hotel, the singer has moved on to the Nigerian army officers. In a video he shared on his page, Speedy was asked not to wear a camouflaged outfit as the army officers could humiliate him for doing so.

He vowed to beat up any military officer that accosts him for wearing a camo outfit. Speedy revealed that if he is truly humiliated, he would go back to America to expose Nigerians for beating their own citizen.,