Festus Keyamo has declared support for the Social media bill being proposed. He disclosed in a new statement that there must be penalty for positing false information on social media.

Festus released the statement in a series of tweets he posted on his twitter feed on Monday.

“Those so-called overnight Social Media ‘activists’ who oppose the Social Media Bill should first stop blocking those who irritate them with insults, unblock all those they have blocked and apologise to them. You can’t be intolerant and ask others to be. Practice what you preach,” he tweeted.

“Some cannot differentiate the Social Media Bill from the Hate Speech Bill. Whilst no reasonable person will support death sentence for hate speech, you can’t come online to say something totally untrue that can put other lives in danger without some kind of penal consequence

“The real agitation should be for Parliament, in line with S.36(12) of the 1999 Constitution, to clearly define the TYPES of false & insensitive posts that would attract penal consequences, so that govt doesn’t abuse it. But to leave everyone to just post ANYTHING is unacceptable.”

Keyamo said no one should be allowed to post false information in the name of free speech.

“Civil suits on Defamation of character only take care of PERSONAL INSULTS. I don’t subscribe to punishment for that. But you cannot come online to deliberately post false stories, in the guise of ‘freedom of speech’, that can set the nation ablaze without some penal consequences,” 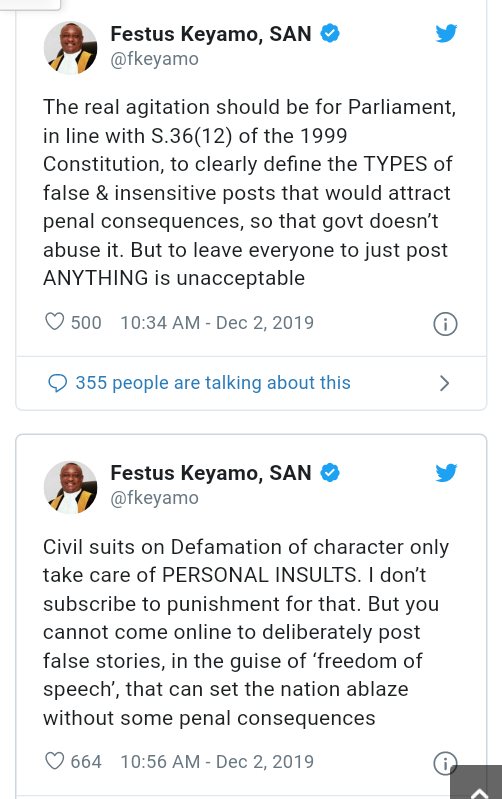 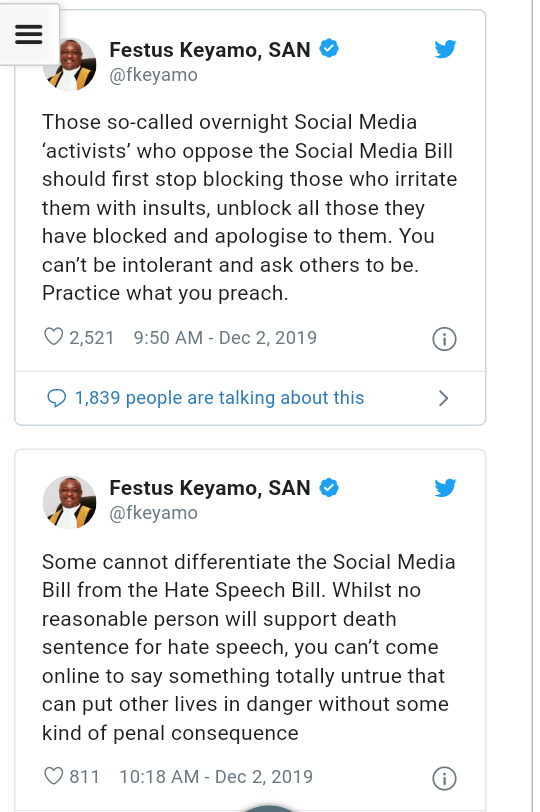