This time last year, I was driving a stupid Sienna car – Zlatan Ibile reveals how Davido changed his life in 1year (Video)

Nigerian Singer, David Adeleke, professionally known as Davido was the rave of the moment last night as he held his A Good Time Concert last night at the Eko Energy City and he had a long list of Nigerian A-listers grace the stage. One of them includes rapper and Zanku dance propounder, Zlatan Ibile who performed and share a testimony of how Davido helped him tremendously. 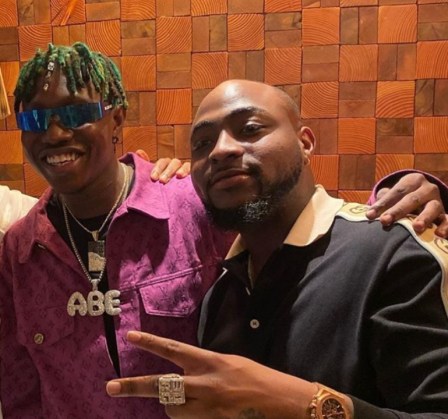 The Yeye Boyfriend crooner recounted how he attended Davido’s show last year in a ricketty Sienna vehicle which he had to park a distance away from the venue and completed his trip with his legs. In his words:

“Last year, I was using a stupid Sienna that I had to pack faraway from this venue and had to trek to this event. Thank OBO for changing my life.”