According to reports, Nollywood actress, Tonto Dikeh is still stuck in the United Arab Emirates over the lingering police incident she had a few weeks back in Dubai. Tonto made a Christmas post on Instagram and seemingly, everyone thought she has returned to the country. Tonto Dikeh isn’t in Abuja, she is in Dubai. 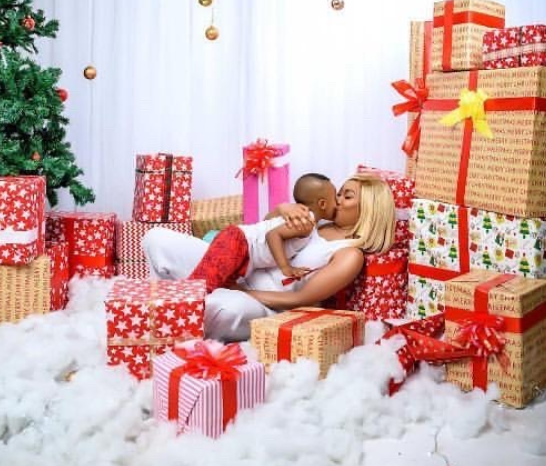 In a report obtained from Madaily gist, the embattled actress has mastered the art of portraying things to be well with her on Social Media, meanwhile, she has a lot of mess to deal with. Read the full reports below and give your take:

The Instagram posts where the Nollywood actress and her son had Christmas props and gifts were taken last year. The photos are not recent. Tonto Dikeh isn’t having a fun-filled Christmas at all.

The fiery actress is alone in Dubai, awaiting the next instructions from Dubai police. Already, she has been convicted in a Dubai court with an option of fine. Arrested and detained in a Dubai prison five weeks ago when she was supposed to have attended the One Africa Music Fest and BamTeddy wedding, Tonto Dikeh was also charged to court but was later rescued from deportation/imprisonment by paying a fine.

Meanwhile, prior to the payment of the fine in a Dubai court, Tonto who was granted bail, could not travel to Nigeria because her passport was seized and she had to report daily to the police in Dubai.

Though she has paid the fine through the help of the owner of One Africa Music Fest, Mr. Paulo, she isn’t allowed to return to Nigeria. She needs to clear her criminal case before her release. Now with the return of her ‘best friend’, Idris Okuneye aka Bobrisky, to
Nigeria a few days ago, its obvious the hyperactive actress is stuck in Dubai.

The pretty actress has been trying to portray she’s vacationing in Dubai without her son. She is also trying hard to prove that she is enjoying herself.

“But Tonto is in a mess. She is sad, she is alone and she is losing it fast. Tonto isn’t the kind of person to be on holiday during Christmas without her four-year-old son, King Andre. She would have inundated our timelines with photos of places she visited with her son. Those her old photos because she has grown bigger and fatter in photos of late 2019. She should stop deceiving Nigerians,” sources exclusively told Kemiashefonlovehaven.

Currently, her son, King Andre is in the care of a nanny in Abuja. Tonto, who has tried to liven up herself in Dubai, complained in an Instastory that she wants her fats back. She wrote that she is losing weight.

Now trying to be part of a female football group in Dubai, with the help of her current male friend over there, its obvious Tonto is stuck in that country! With concerns growing on the welfare of her son, there may be tougher days ahead for both mother and child if help doesn’t come soon.