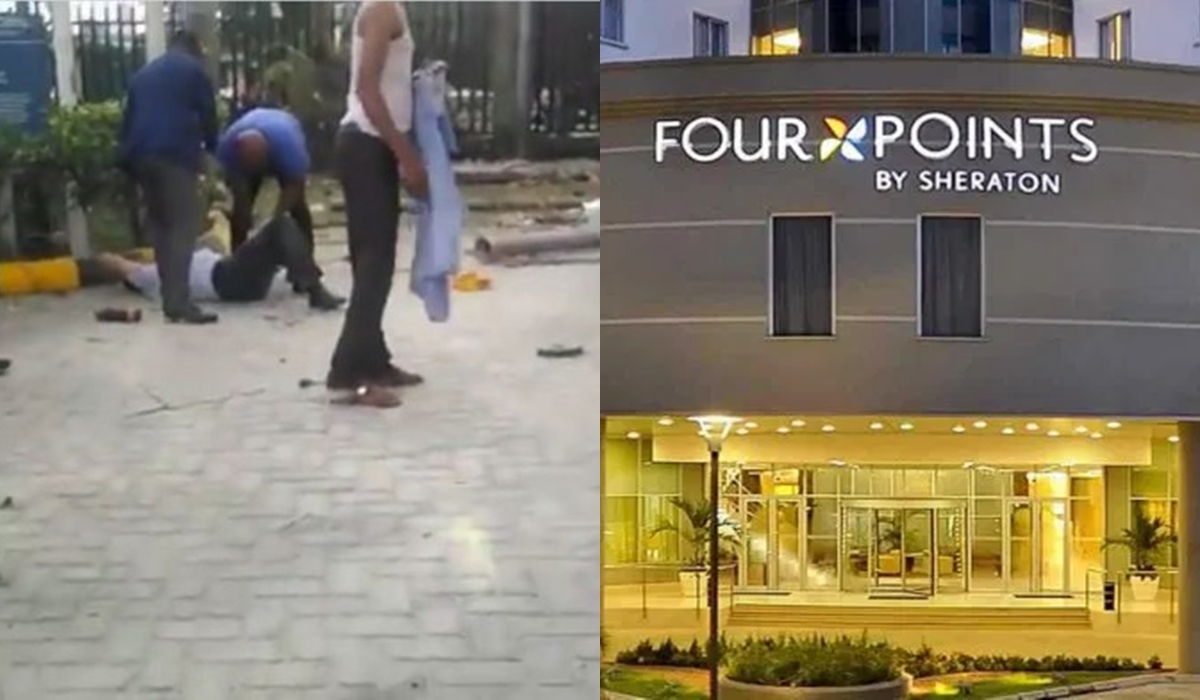 According to Punch, the explosion, which happened on Wednesday, December 4, 2019, also affected part of the hotel building and damaged several cars.

A twitter user, Adeyemi Olalemi shared a video of the scene of the accident.

Moments after the Gas Explosion at Four Points By Sheraton pic.twitter.com/vWtpCm655c

Spokesman of the Lagos State Emergency Management (LASEMA), Nosa Okunbor, said the injured have been taken to hospital for treatment.

“A total of three people sustained severe injuries as a result of the blast and two has been rushed to Lagos Island General hospital for intensive care by LASEMA ambulance unit while one was rushed to a nearby private hospital.”

Mr Okunbor added that recovery operation had begun to restore normalcy in the hotel.

“Several cars and hotel room windows were shattered as a result of items flying objects due to the blast. The situation is under control as a combined effort of the LASEMA response unit, Nigeria. Police alongside staff of the hotel are on ground to ensure a swift recovery. Recovery operation ongoing,” he said.