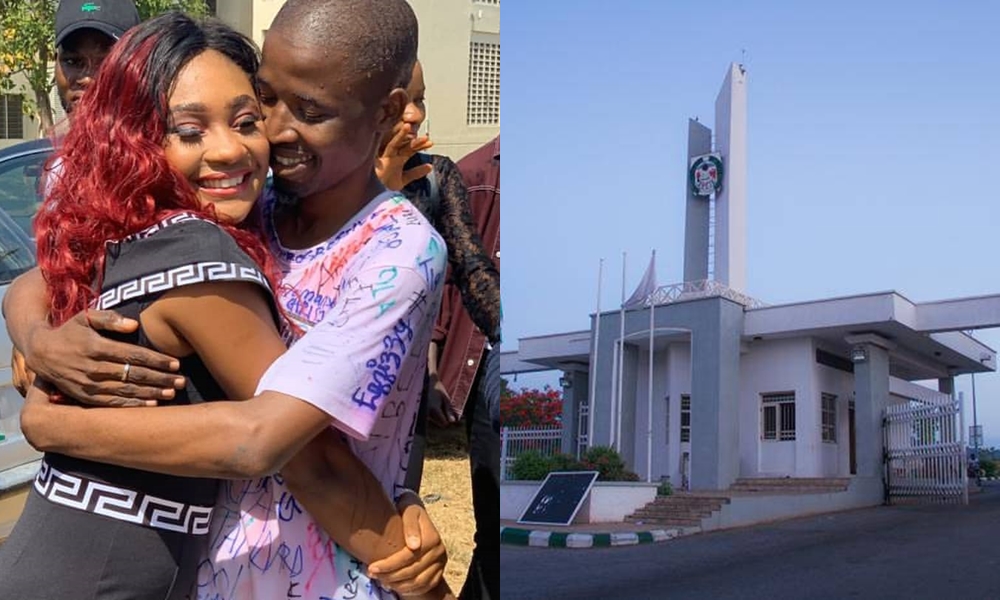 The University of Abuja campus was recently thrown into frenzy after a love story took place before their eyes.

The graduating SUG president of the school, Suleiman Rabiu, proposed to his girlfriend who is a Christian.

Rabiu popped the life-changing question to Princess Iboro Offonz in the presence of other students after completing his final exams. The proposal was accepted and onlookers could not help screaming in excitement.

According to NewzEmpire on Instagram when interviewed, Rabiu said that he is Hausa while Princess is a Christian lady from Calabar.

“I’m a Muslim and she is a Christian and also I’m Hausa and she is Calabar. I want Nigerians to know and understand that love is not about religion or ethnicity. It’s about the passion and feelings for one another. I am now happily engaged.”

See the proposal video below: