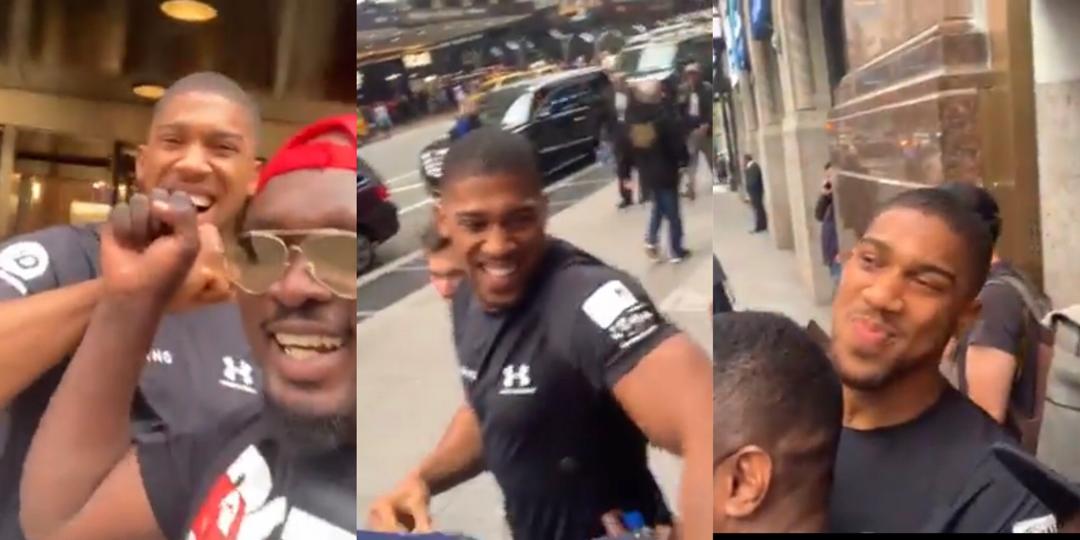 Nigerian-British heavyweight boxer Anthony Olufemi Joshua has appeared in a viral video that suggests he is not a jew. Anthony who hails from Sagamu, Ogun State has been heavily linked to being a member of the Neo Black Movement of Africa aka Aye-axemen.

In the viral video, Anthony Joshua and a man could be seen doing the axe salutation which is the emblem of the NBM. It demonstrates the readiness to confront the most difficult tasks.  With an estimated global membership of about thirty thousand (30,000) professionals of diverse backgrounds, Nigerian celebrities have indirectly or directly pledged allegiance to this confraternity. According to what we gathered, there’s a celebration in Black men’s camp as an influential person has publicly reckoned with the movement.

READ ALSO: We will kill all aiye guys in Uniben and trend on Instablog – Viral video of cultists planning to raid Uniben

The NBM of Africa is a legally registered non profit organization in the FGN under the purview of the Corporate Affairs Commission This movement was formed at the University of Benin in Benin City in 1976 by some young men with the motive of building a body to fight against the oppression against Blackman (Students) in the university. Those who initiated this association are rumoured to be runaways from Neo black Movement of Africa, an organization in South Africa that fought the apartheid war and escape into Nigeria for safety. Investigation has shown that it was the borrowed notion that was imported to Nigeria.

Some of their beliefs and saying includes: