Hushpuppi took Timaya down the memory lane after the singer threw a subtle shade at Nigerian celebrities that wear fake designers and inferior items.

The Malaysian big boy said Timaya has no right to call anyone out for wearing inferior items, while also reminding the singer that they once recorded a song against him because he called out a celebrity for wearing a fake designer.

Have you read: “If you get mind come home” – Timaya replies Hushpuppi for calling him a blatant hypocrite (Video)

Reacting to the controversy, Hushpuppi took to his Snapchat to express his disapproval of Timaya’s behavior stating that Timaya was being a hypocrite with his behavior. 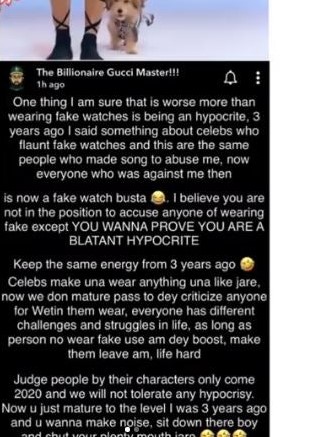 Finally Hushpuppi’s girlfriend revealed as he wishes her a happy valentine’s day!