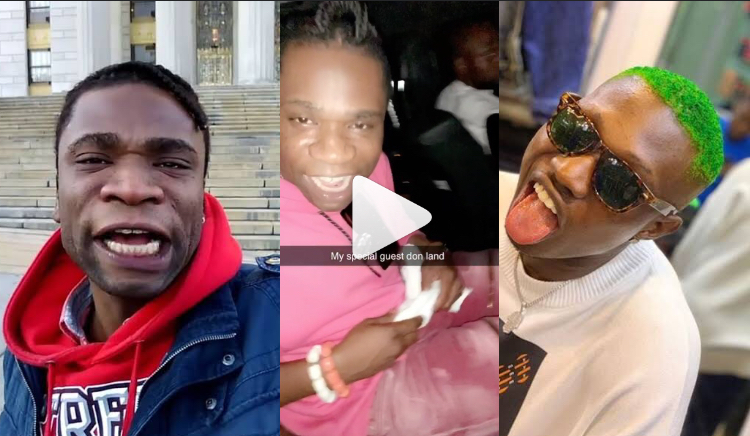 Long-time American resident Speed Darlington, who once revealed that he is the son of late folk singer, Chief Pericoma Okoye, is returning to Nigeria after 17 years in the United States Od America.

Zlatan Ibile who went on a tour in America sometime in October, met Speed Darlington at that period and he was extremely gassed up when they met. The Bolanle crooner has always made it known that he is a huge fan of Speed Darlington and he could not contain his excitement as they met on the streets of New York.

Months later, he is dragging Speedy down to Lagos to appear at his concert and we can’t but anticipate the lot of amusement that he will create when he steps on stage.