Many of her Nigerian fans have their opinions and suggestions on the best fit for her. The rapper who described the killing of Soleimani as the dumbest thing their President Trump has ever done had come out again today to tell her fans to convince her husband, Offset of Migos to also follow her down to Nigeria.

From her post, it looks like she had tried in the past to convince him but couldn’t . She posted his photo and wrote “convince him to come with me” 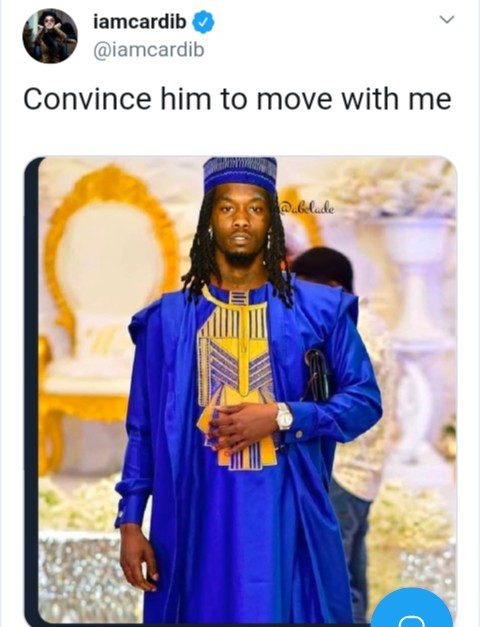