The reignited feud between Davido and his first baby mama Sophia Momodu was allegedly fueled by Chioma, Davido’s soo.

A social media user who seems to know much about Davido and his inner circles, disclosed that Chioma intentionally asked Davido to hurt Sophia because she can’t stand her at all.

It also emerged that Sophia was also on the same private jet coming to Ghana, a photo of which also stormed social media.

Davido explained that he flew with Sophia because of his daughter, and for the fact that Sophia had a business appointment probably in Ghana, he decided to bring her along.

Sophia fired back at Davido saying she never asked for a lift and this set the tone for their renewed feud. And that’s what this social media lady is saying; that the whole thing was orchestrated by Chioma because she hates Sophia. 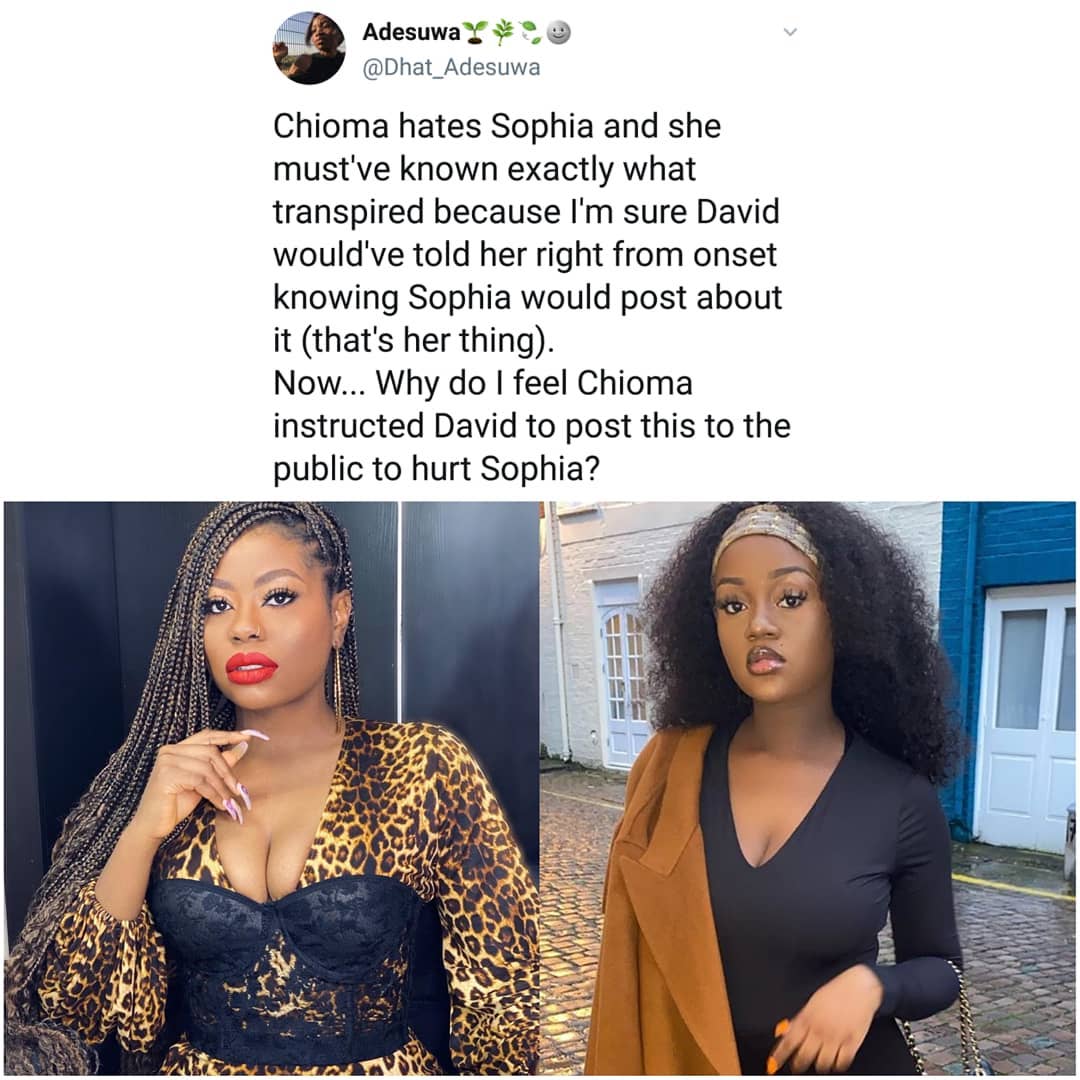