Curvy Nollywood actress Daniella Okeke does not seem to be backing down from her pursuit of getting Anthony Joshua as her man. For the second time in few weeks, the actress has publicly declared her love interest for the Nigerian-British Heavyweight World Champion.

Reacting to a photo shared by Anthony Joshua, Daniella Okeke took to the comment section to woo the boxer over with her cooking prowess. She wrote 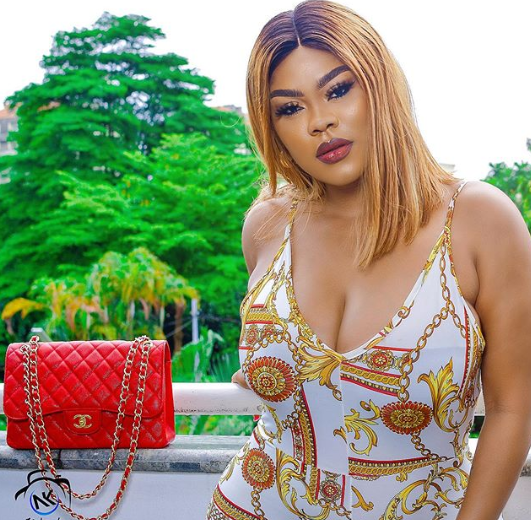 Jay Afange soup or ofada stew and rice with assorted meat I also made okro soup with goat. wat do you want for dinner?

Recall Daniella Okeke revealed that Anthony Joshua is her spiritual husband and it caused another crush of the fine boxer, Toke Makinwa to quickly wade off Daniella’s interest in him.

The sexy actress apparently made tha meal and invited Anthony J for dinner. 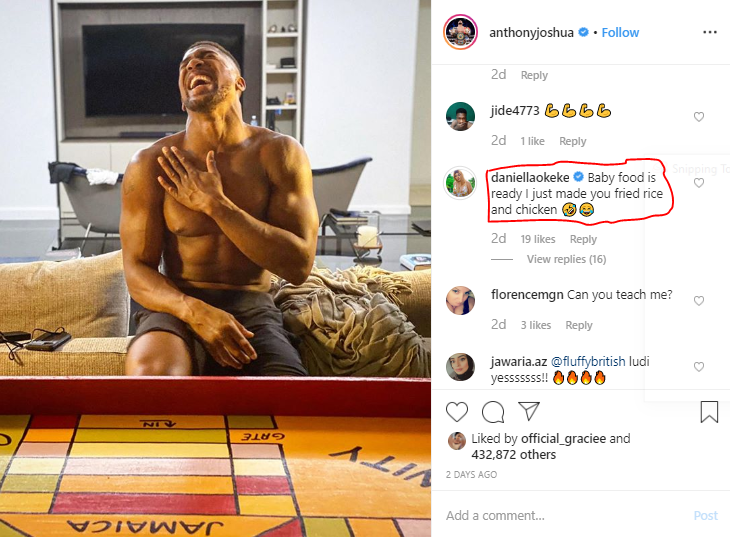