Chioma’s sister, Ifunnaya aka Jennifer Rowland clocked a new age today and had her sister’s celebrity boyfriend Davido sending her calm birthday wishes. In a recent post, superstar, Davido posted a photo of her and addressed her as his ‘in-law’. It’s no longer news that Davido is set to wed Chioma after the loud proposal they had few months ago. Celebrating the beautiful celebrity stylist, Davido shared a photo of Jennifer on his Instagram story and wrote: HBD my in-law 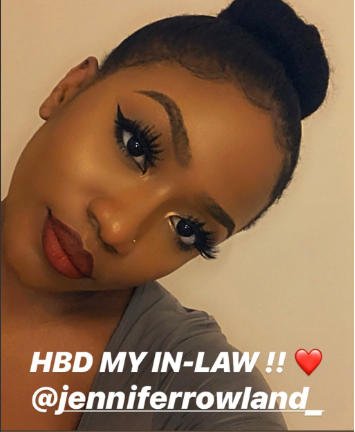 He has made his intention known severally on social media and fans are just counting down to the special day he tagged: Assurance 2020.  Chioma also celebrated her sister by sharing photos of her on social media and wishing her all the best a day after her bestie’s birthday.

See the video she shared below: