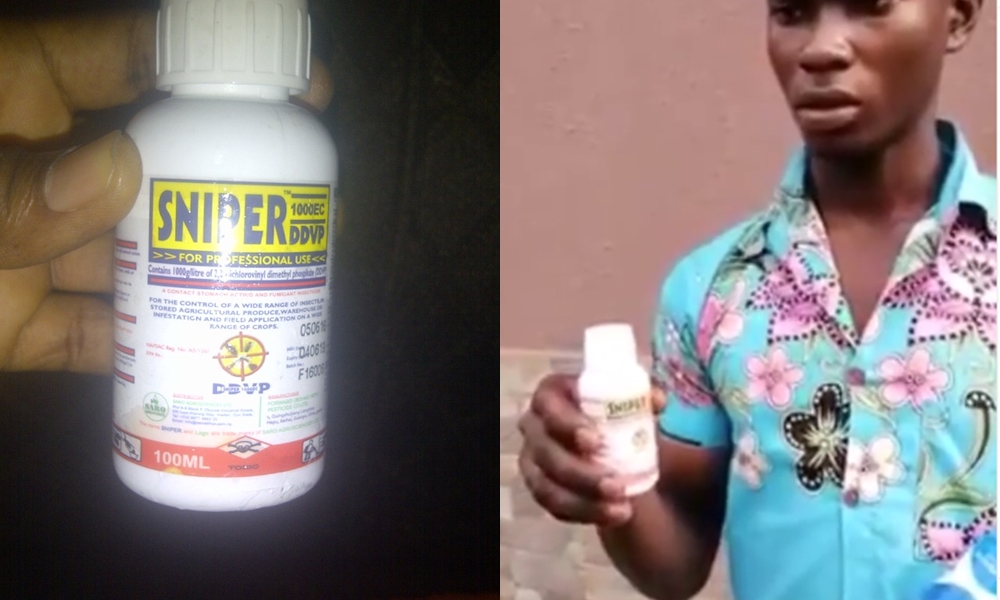 A househelp identified as Uche Soroibe from Ideato in Imo State has been caught on his third attempt of poisoning his boss and his family members with an insecticide ‘Sniper’.

Uche who was paraded alongside the poisonous chemical he tried killing the family with, initially claimed he wanted to commit suicide with it. 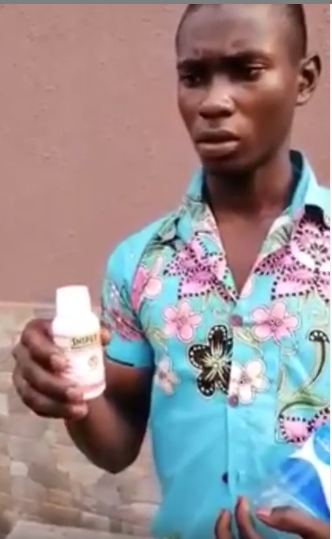 Househelp gets tempted by his boss’ daughter, then…

Upon being pressed further by those interrogating him, Uche confessed to attempting to kill his boss’ family after losing N750k which belonged to the man that employed him to fraudsters.

He claimed the fraudsters he met at a bus stop in Oyingbo area of Lagos state, promised to refund the money after using it for an undisclosed business. Uche said he only met the fraudsters once after which they gave him an account number to pay in the money.

Uche said because he lost the money, he decided to kill his boss’ family with the insecticide. On his first attempt, nothing happened to the family. On his second attempt, his boss’ wife found out and poured away the soup. He was however caught on his third attempt. 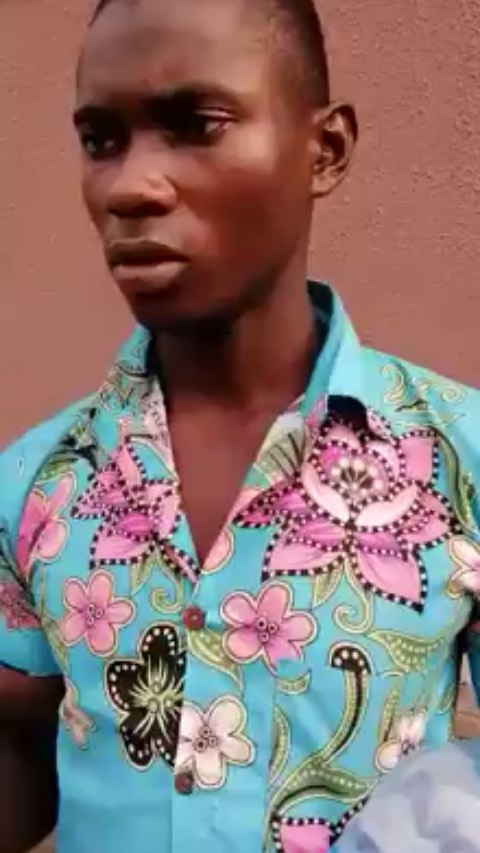