I can’t be tamed! Compete with me and die – Bobrisky warns haters

Controversial influencer, Bobrisky took to social media to announce to haters to steer clear of her this new year as anyone who so as much as chase clout with her on Social media might die. Stressing on the fact, Bobrisky revealed that he is tameless and that means he can go any length in fighting enemies.

The popular crossdresser shared an already deleted video of herself, stating that she has no competition and she would forever remain a Queen. According to her, anybody who dares compete with her, would die.

”She can never be TAMED…a queen today, a queen  FOREVER!! You compete, You DIE!!!” 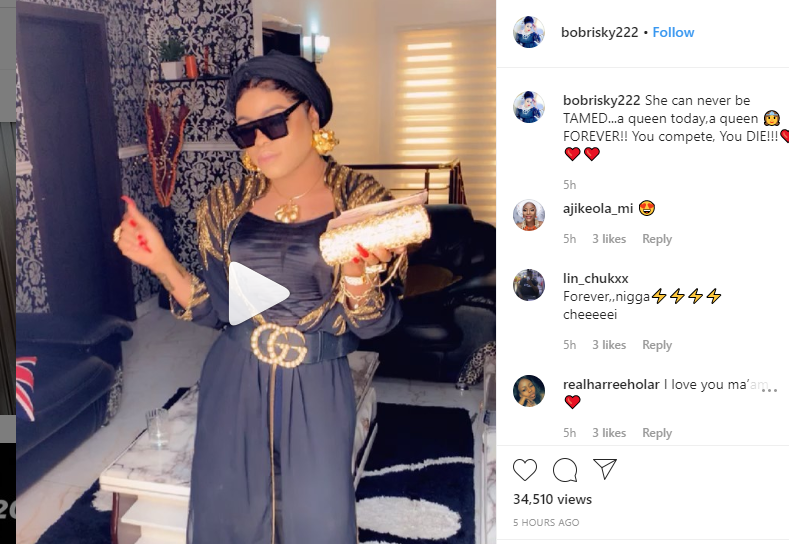 Why Tonto Dikeh and Bobrisky were not Invited to the AMVCA