Leader of the Marlian gang, Naira Marley has taken to Twitter to state that he wants to be envied by Nigerians and not pitied by them.

According to the ‘soapy’ crooner, he rather be envied and not pitied by people.

Sharing on Twitter, he wrote: “I wanna be envied, not pitied.”/strong> 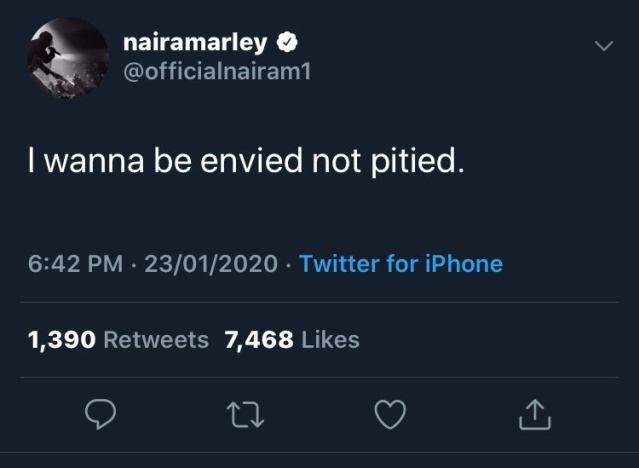 Meanwhile, Nollywood actor, Mike Ezuruonye has undergone eye surgery to correct a growth on the pupil of both eyes.

The 37-year-old shared a picture of himself on the operating table on Friday on Instagram, revealing that years of exposure to harsh studio lights as an actor had put him at risk, but according to him, he was grateful for the process as it had helped him gain an even deeper appreciation for his sight.

Naira Marley thanks fans for attending his concert in London