The Drama between Davido and his babymama, Sophia Momodu continues as Sophie threw shots at Davido for talking her down in his explanation for giving her and their daughter, Imade a lift. On Thursday evening, singer Davido took to his Instastories to correct the insinuation that he flew with Sophia, his first babymama, and their daughter, Imade, for a mini vacation in Ghana, last week.

This speculation was fuelled after both of them shared photos from the same private jet on same day with Davido’s caption reading ” a mini vacation with my daughter”.

In his post shared today, Davido said he only gave Sophia a lift as she had business to do in Ghana as well and could not have imagined Sophia leaving their daughter back in Nigeria or Imade flying an economy class to Ghana.

Sophia didn’t take Davido’s post lying low as she immediately took to her page to react. She stated that she did not ask for a lift as Davido implied. She also pointed out that she and their daughter fly first class or business class. 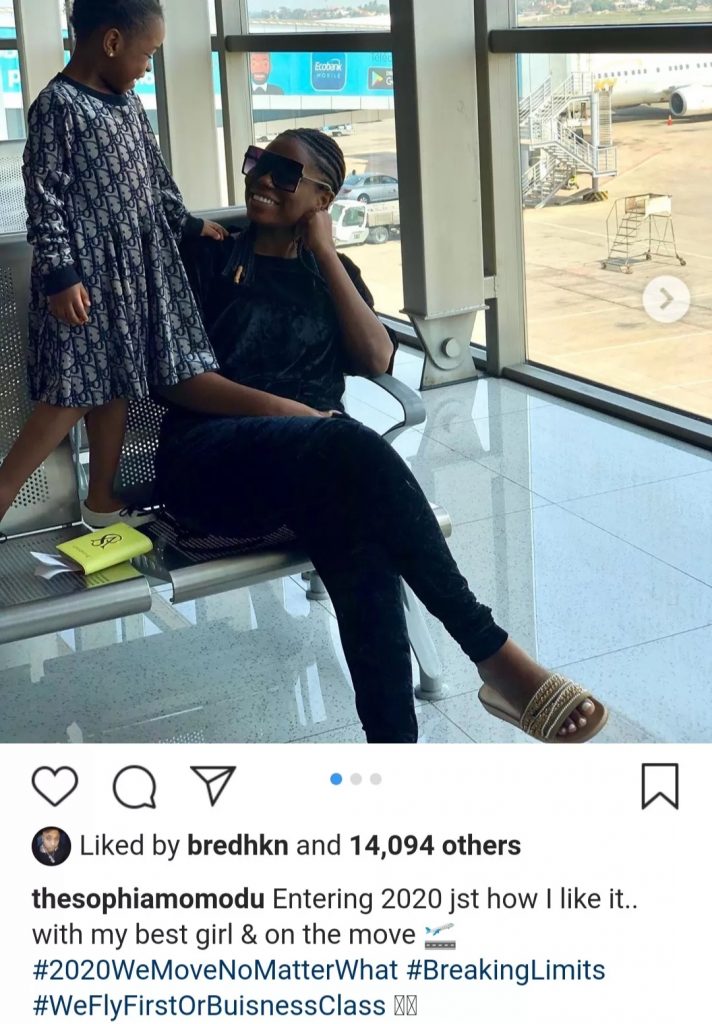 Still upset about her baby daddy’s post, Momodu took to Snapchat to write;

“I never asked for a lift”, #SophiaMomodu paints #Davido a liar for saying he gave them (her and their daughter Imade) a lift to #Ghana