A Nigerian Lady on Twitter has narrated how a man she met at an event dropped his number for her after he requested for her phone number and she declined.

The lady identified as Preetyani on Twitter claimed the man; who she did not disclose his identity, requested for her phone number and she declined it but asked for his instead. Suprisingly, the man wrote his number in a mint note of N30,000 and handed it to her. She however did not tell us whether she collected it or not but obviously she did because she shared a picture evidence.

Her revelation has made some men on the social media platform think that she narrated the story out of spite to broke guys. 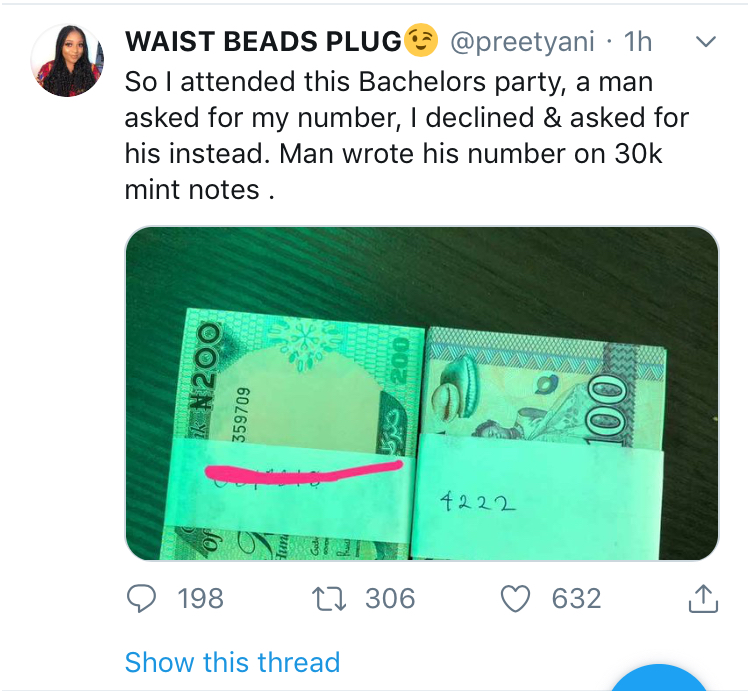 Lady collapses along the road in Lagos Island, abandoned by passersby