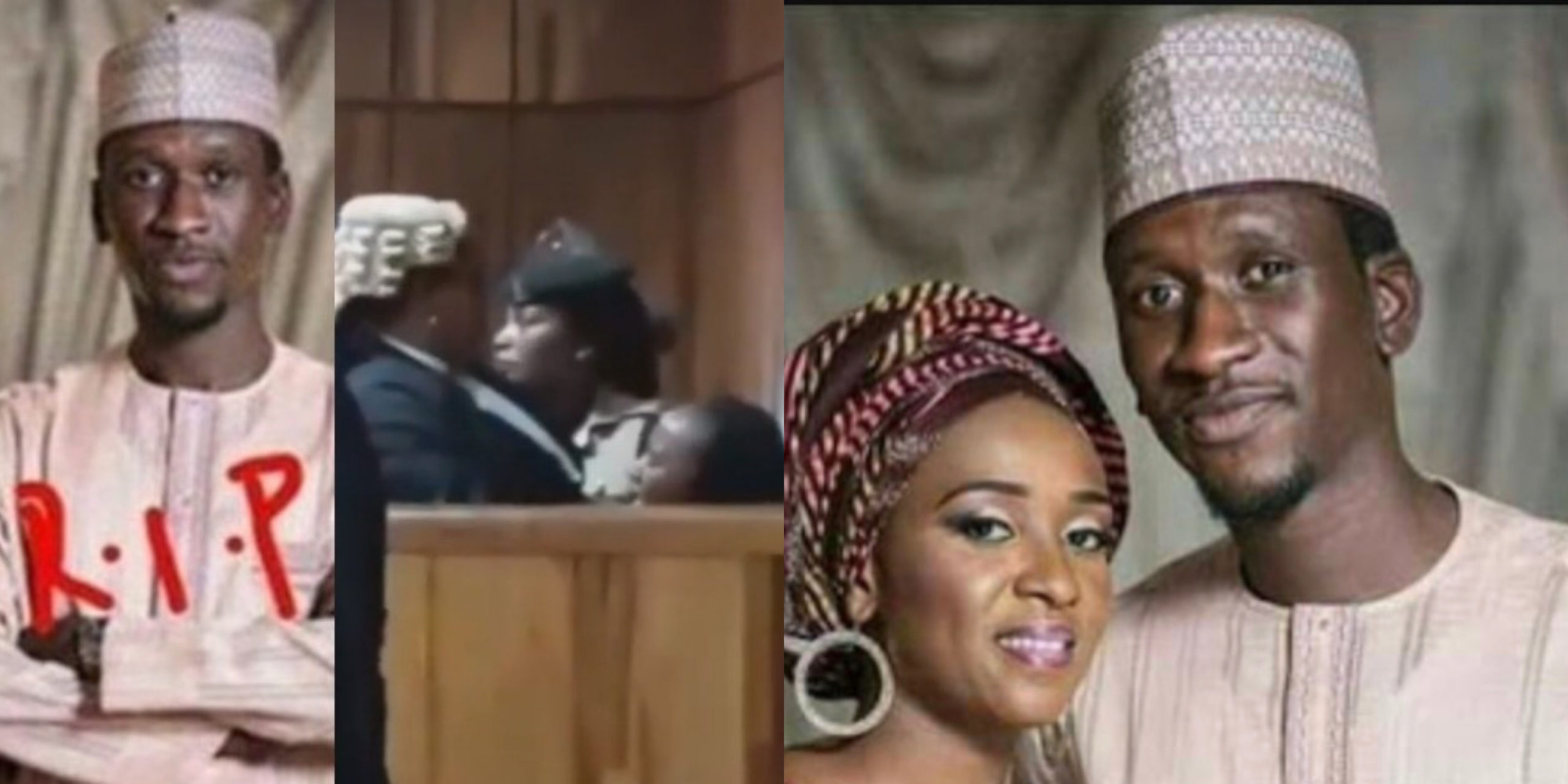 A video showing the moment Maryam Sanda broke down in tears after a Federal High Court in Abuja today January 27th, sentenced her to death by hanging for stabbing her husband, Bilyaminu Bello, to death during after an argument in their home in Abuja in November 2017.

Sanda, the mother of two, her mother and her other relatives broke down in tears immediately the judge pronounced her guilt.

Her mother who was occupying a back seat sped out of the court as she wept.

Sanda herself, while crying rushed out of the courtroom which was next to the dock.

The judge ordered that she should be brought back to the courtroom.

In the middle of the confusion, the defence lawyer attempted to make a plea for allocutus (plea for mercy), but the judge said he needed to rise for the courtroom to restored to normalcy.

The judge said he would return to deliver the sentence after some minutes.

When the judge returned from the break, he said the offence for which the convict was convicted being one based on Section 221 of the Penal Code, there would be no room for allocutus.

“It has been said that thous shall not kill. Whoever kills in cold blood shall die in cold blood,” the judge said.

“Maryam Sanda should reap what she has sown,” he said, adding, “it is blood for blood”.

Learn to walk out of abusive marriage. Killing your spouse won't solve the problem. Maryam Sanda sentenced to death by hanging. pic.twitter.com/x9WYnGS8HL