Senator Dino Melaye has taken to social media to clarify that his mansion, which he shared photos of recently, was built before he became a Senator in 2015.

Melaye made the clarification while reacting to a publication by the Nation where it was reported that he shared photos of his ”newly built multibillion Naira nation. 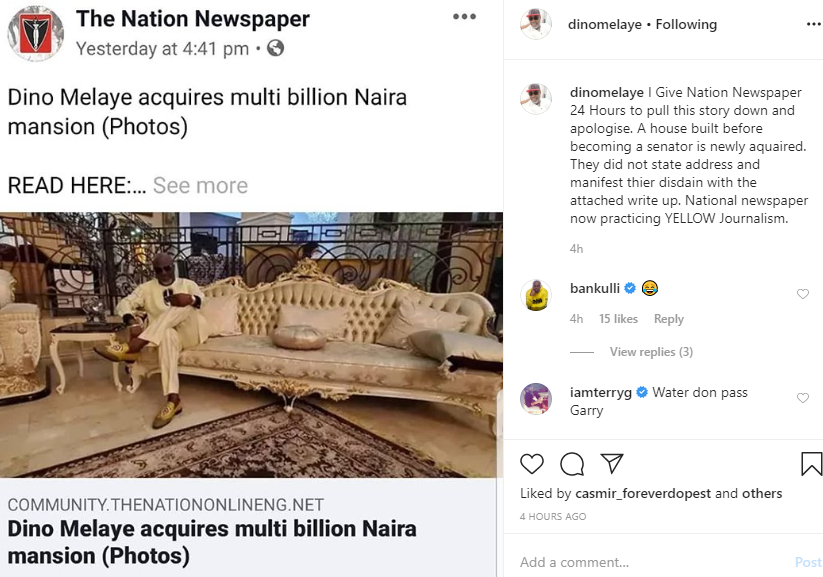 ‘I Give Nation Newspaper 24 Hours to pull this story down and apologise. A house built before becoming a senator is newly acquired. They did not state address and manifest thier disdain for SDM with the attached write up. National paper now practicing YELLOW Journalism’