Nigerian producer and Mavin Records Boss, Don Jazzy was spotted holding a mystery woman at The Mavins Headquarters on the Island. In a photo seen first on Ifeoma the fine girl’s Instagram page, The music executive was seen holding an unknown beautiful lady on the waist and this has got a lot of people asking questions as everyone knows Don Jazzy is single to stupour.

Ifeoma accompanied the photo with a cheezy but a cryptic message that shows Don Jazzy might be off the hook, at last, See wrote:

Hallelujah! Don eventually proved to us that he gettam for down. 🙌🏾🙌🏾👌🏿❤️ 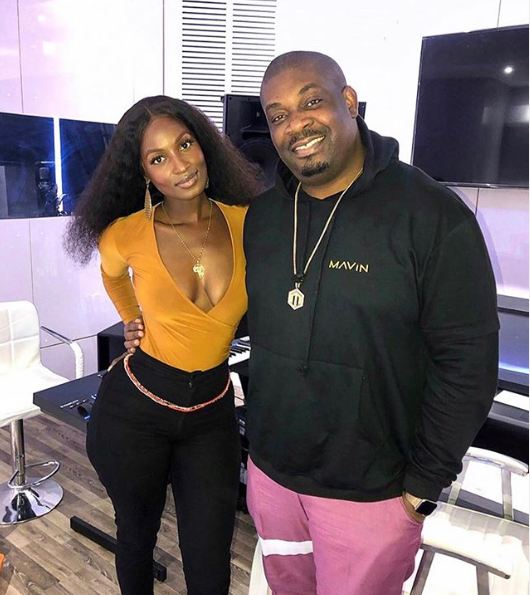