A Nigerian man has blamed “Detty” December spendings for the inability of church members to drop donations in the Church he attends, as he narrates his experience on the first Sunday of the year.

The man identified as IKELIANI SCOTTY IZUU, on Twitter recounted his experience on his Twitter timeline. According to his post, their Church priest requested for donations today and people could not provide but instead, hid their faces because they have exhausted money on detty December. 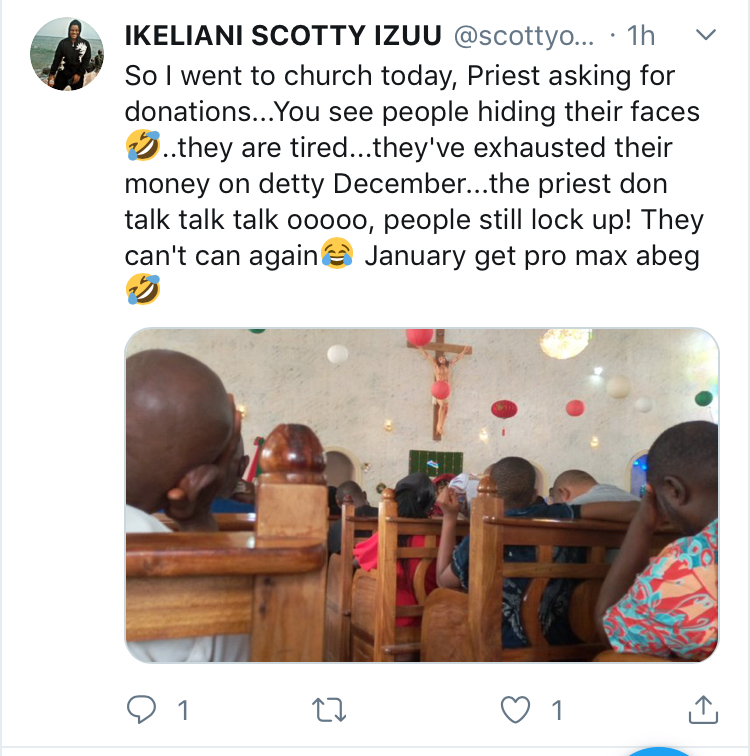