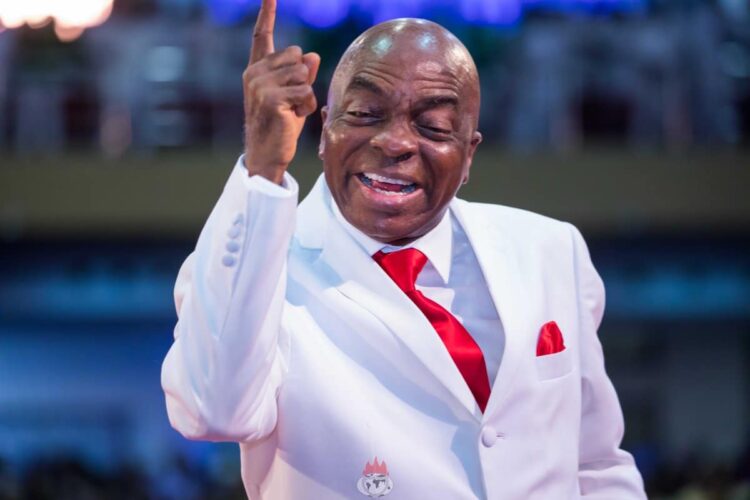 Some Nigerians have reacted after the Presiding Bishop of Living Faith’s Church aka Winner’s Chapel, David Oyedepo, became the topic of discussion after he dismissed some officials for allegedly stealing from the church’s treasury.

Oyedepo who spoke during a retreat organised for the Church workers according to TheCable, however, did not disclose the number of officials affected.

“We had no choice but to dismiss them. You can imagine top church officials engaging in doubling figures and other dubious practices. After we dismissed them, we discovered more fraud.

“Those who should discover the fraud were the ones involved in it. One of them refused to confess until the last minute. Can you imagine accountants perpetrating fraud in the house of God?

“Don’t employ them, don’t sympathise. Whoever sympathises with the wicked is wicked himself. Don’t sympathise with any perpetrator of fraud, otherwise, you are a partaker of the evil act.”

We have gathered some of the reactions to the report on Social media, some Nigerians lashed out at Bishop Oyedepo for not seeing the said act in a vision before it was uncovered and also for not forgiving the officials 70 times 70, just like the Bible said. Others however defended him.

Here are some tweets below; 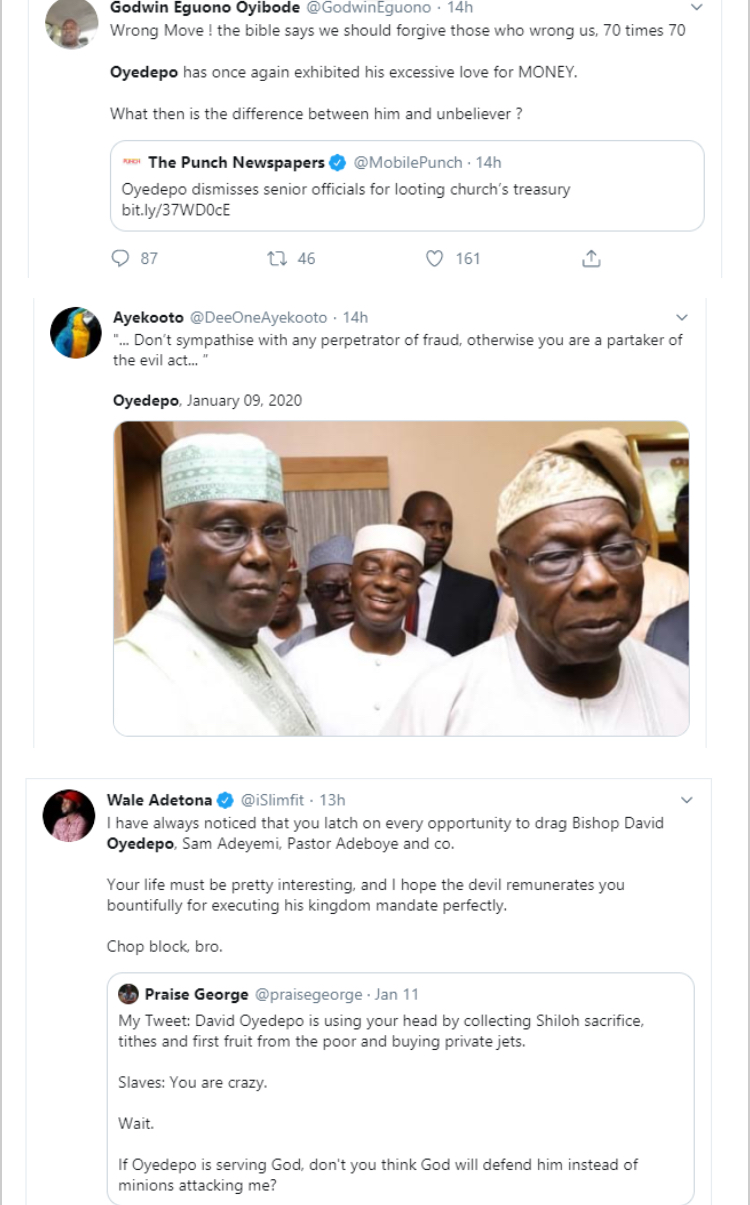 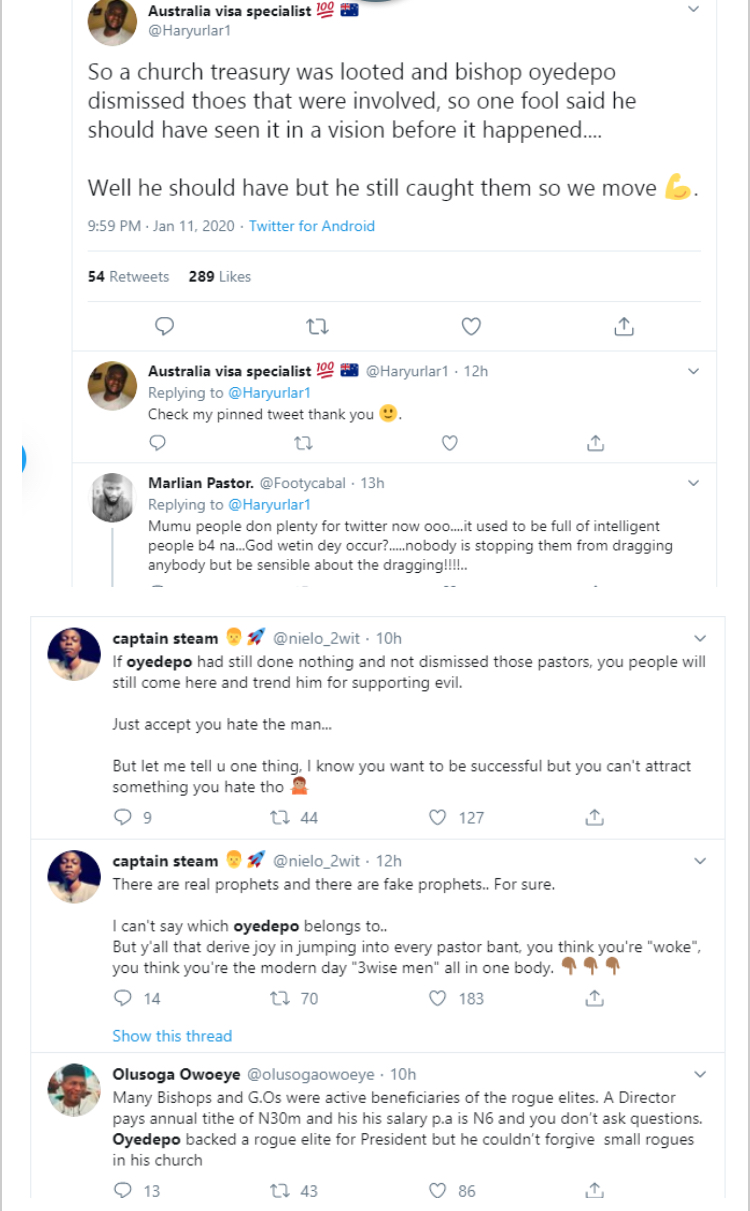 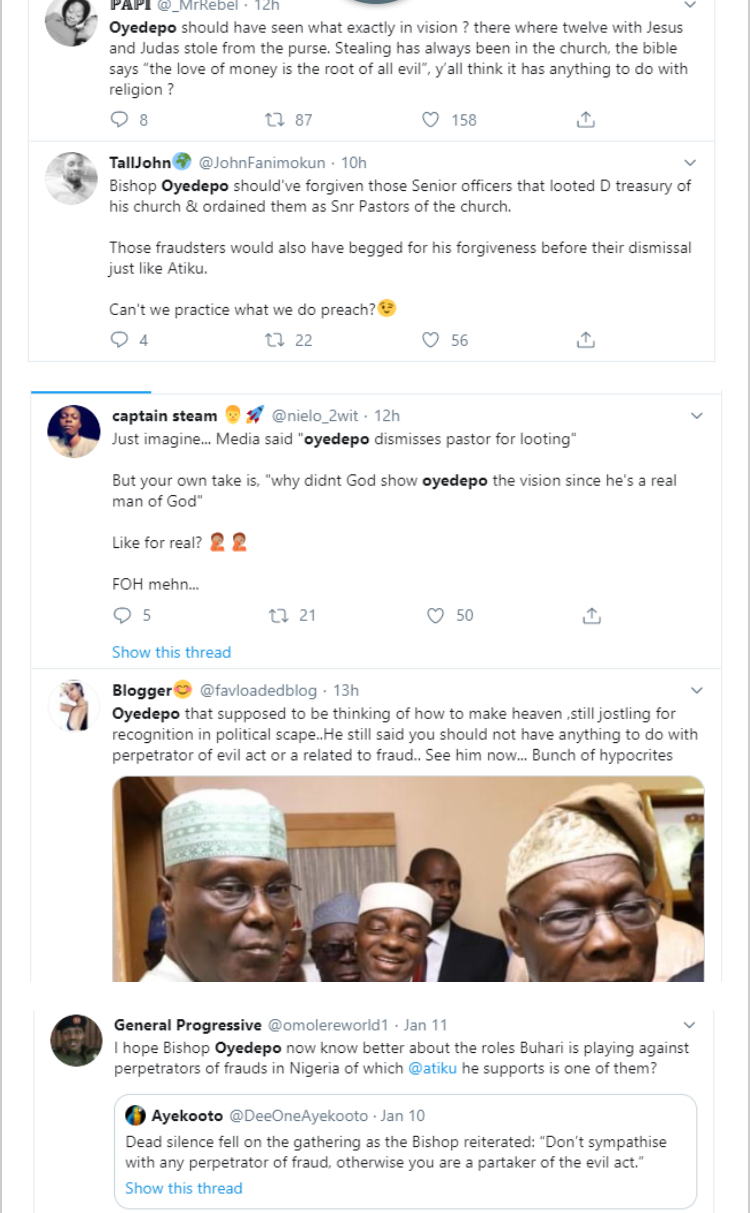