The Nigerian police force has reacted after a member of the force has been caught on camera allegedly demanding for a bribe.

The trending video showed the moment the unidentified policeman with a POS demanded for the ATM card of a young man said to be a passenger of a vehicle he and his colleagues stopped for a search on a busy road.

The Nigeria police force released a statement to address the viral video, announcing that it has commenced investigations to unravel the authenticity of the video, location of incident and identity of some of those spotted in the video.

“The Nigerian Police Force has commenced investigations to unravel the authenticity of the video, location of incident and identity of persons captured in the viral video where some persons in Police uniform were captured, allegedly with POS machine and demanding ATM card from a member of the public.

“The IGP condemns all acts of corruption by Public Servants, particularly Police officers and is committed to bringing to book any officer found wanting in this regard.

“The police, however, urged members of the public to send relevant information that could assist Police investigators to [email protected] or kindly DM @policeNG” 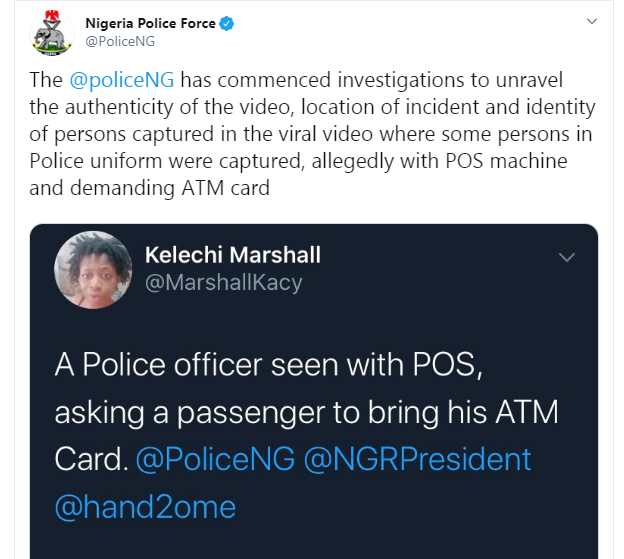