Ooni of Ife, Oba Adeyeye Ogunwusi, his wife and entourage were a victim of a scary elevator malfunction at a recent event that held in a Lagos Hotel. 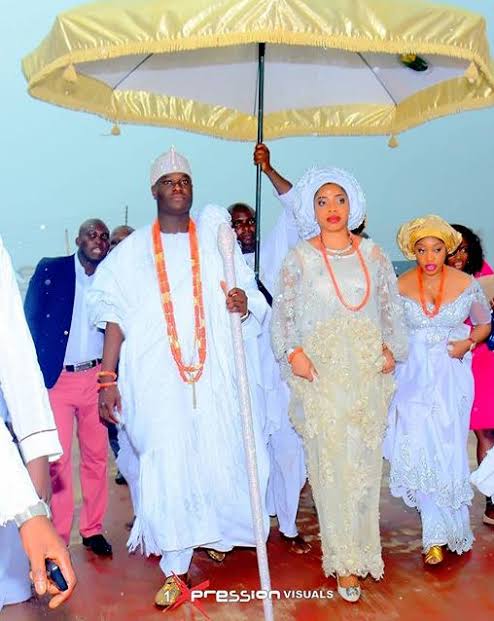 The event held last night, where Oba Adeyeye Ogunwusi alongside his wife, Olori Prophetess Naomi and other members of his entourage were present to see the Queen Moremi stage play.

The monarch proceeded into the elevator immediately they left the lobby of the hotel, heading to the floor where the stage play was taking place, but when they entered the elevator with their entourage, it got stuck shortly after the doors closed.

There was panic at the hotel as the king and his entourage were stuck for almost 30minutes. They were however evacuated from the basement of the hotel.

Watch a video from the scene below;