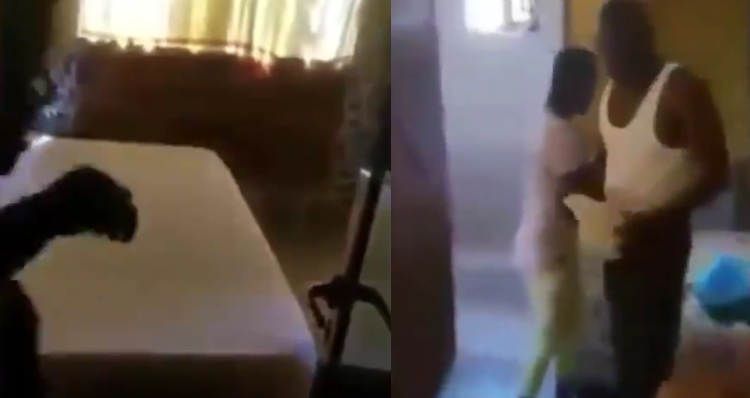 Fornication and adultery in the house of God has become another controversial topic for discussion on Monday morning after video of a Ghanaian pastor surfaced online, showing the moment the pastor was caught as he allegedly tried to sleep with wife of an elder in his church.

The video which has caused moral revulsion on Social media is one of the many videos that has tarnished the image of clergymen because people now assume that all clergymen perform immoral acts in secrets and only the few that get caught make the news headlines.

In the video which has met widespread anger from viewers, the pastor can be seen getting ready to sleep with the church elder’s wife, without caring about the consequences of his act. The pastor got uneasy after the Elder stormed into his hotel room with some young men.

What are your thoughts about this?

‘Marriage is not success’, Dancer Korra Obidi schools a fan