Crossdresser James Brown has disclosed that Bobrisky does not want to associate with him again and has blocked him on all social media platforms.

He made this known on Instagram today although he didn’t reveal if they had issues before getting blocked on the social media platform by the crossdresser, James Brown however expressed shock over Bobrisky’s action.

See his posts below; 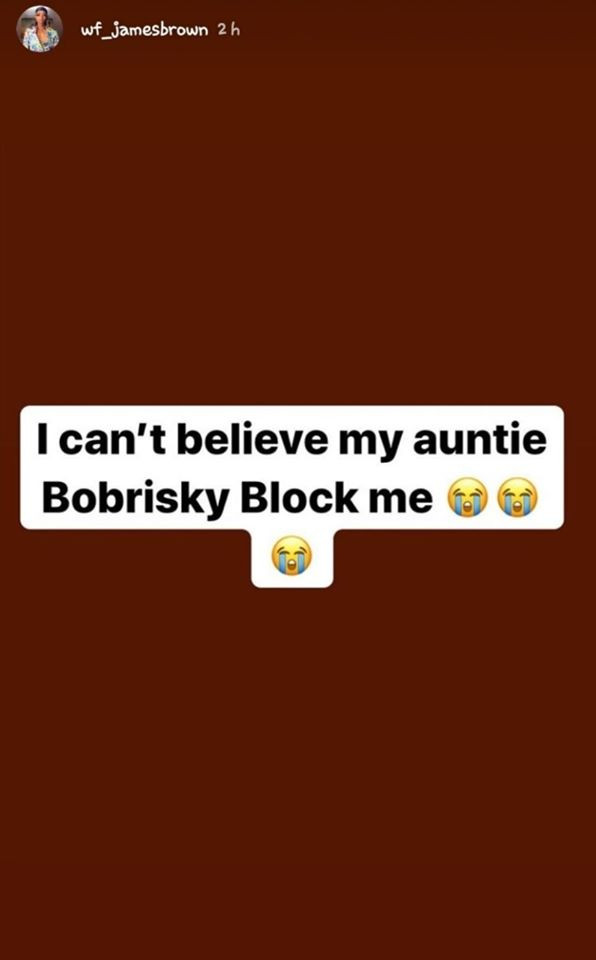 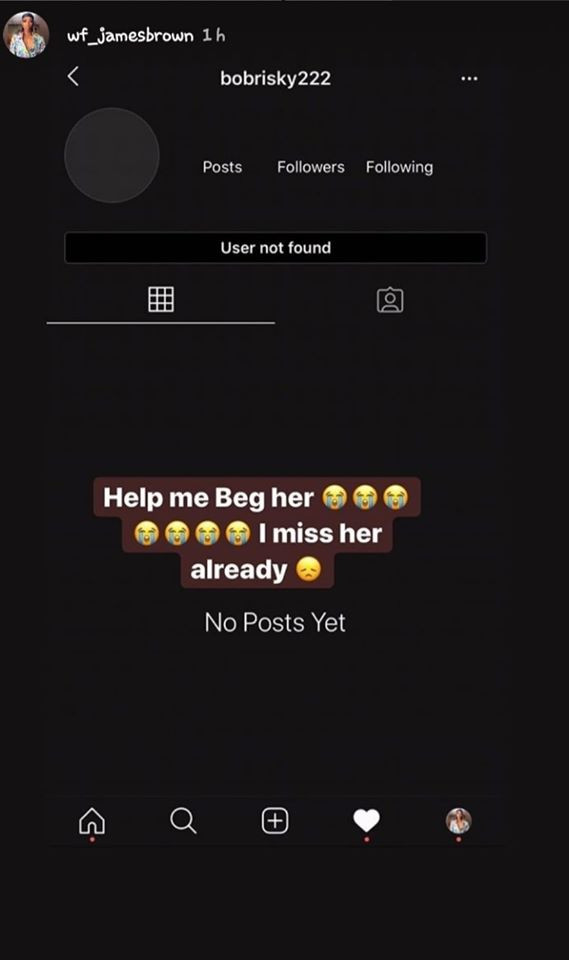 Meanwhile, James Brown has made a sharp turn to repudiate his past claims that he was diagnosed and found positive to the deadly HIV virus.

James gained massive recognition on social media after he claimed to be HIV positive, but now he has revealed that he is being haunted by his deceitful claims which he made for clout on social media.

In a new post on Instagram, the crossdresser corrected the information, confessing that he is not HIV positive and that he lied to gain attention.

If you don’t come to me for my blessings, you will suffer – Bobrisky warns other cross dressers in the industry