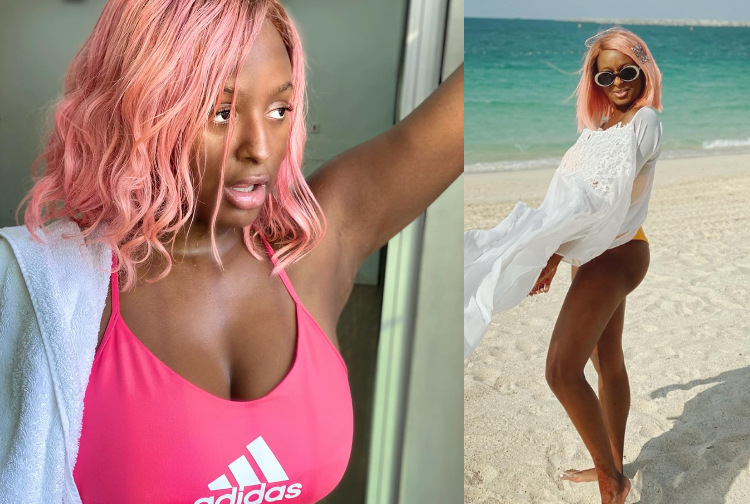 Nigerian ace jockey, DJ Cuppy has just disclosed that a lot of her fans are not pleased with her dressing which has been labeled as “terrible” fashion sense. The reason she was labeled as a terrible dresser is because she does not expose her body whenever she steps out or appear in a photo on social media.

This reminds us of when she stepped out to the beach sometimes ago, fans were really shocked that she she posted the photo to her Instagram, featuring the serene beach in her background. The major reason why fans were shocked was because they rarely get to see Dj Cuppy showing off skins, hence, photos of her in bikini is rare.

In her new post, she shared a picture of herself rocking the traditional Oleku outfit with a pink wig and cool shades. However, trolls were quick to criticize her dressing and slammed her for dressing like a 65-year-old woman. According to her, she was advised to start showing off more skin by wearing more attractive clothes to look like the young person she really is. However, the “Gelato” singer, used to the trolling clapped back saying she has the right to dress anyhow she likes.

My success is not solely on my dad’s connection…

See the picture below: 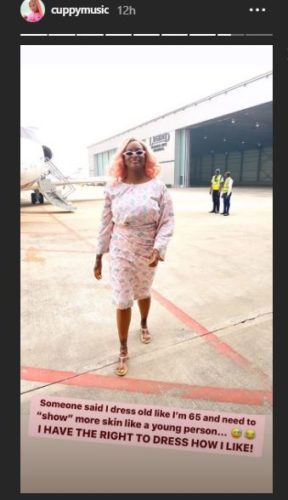