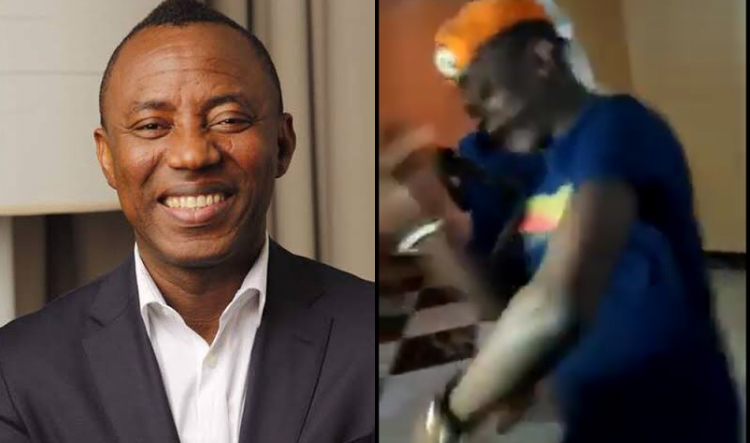 It appears that Revolution-Now crooner, Omoyele is also a Marlian as  new video we obtained showed him dancing vigorously to Naira Marley’s “Soapy” song.

The politician and activist can be seen in all excitement in the video, perfectly delivering the dance steps to the Soapy by Naira Marley.

Omoyele Sowore who was just released by DSS was seen clad with the Revolution Now beret. The former presidential candidate under the umbrella of AAC shows his soapy skills as he vibes to the song…

Meanwhile, Omoyele Sowore has shared a story about a Nigerian man who was allegedly detained for 10 weeks for unknowingly buying an abandoned MTN SIM.

According to Sowore, the SIM card was previously used by Hanan who is said to be the daughter of President Buhari.

Sowore who was released from DSS custody on Christmas Eve following his re-arrest for calling for a revolution and organising the #RevolutionNow protests, took to his Twitter page on Sunday night to reveal this.