In the statement, she also assured her clients who previously made orders that they will be attended to and refunds will be made soon. 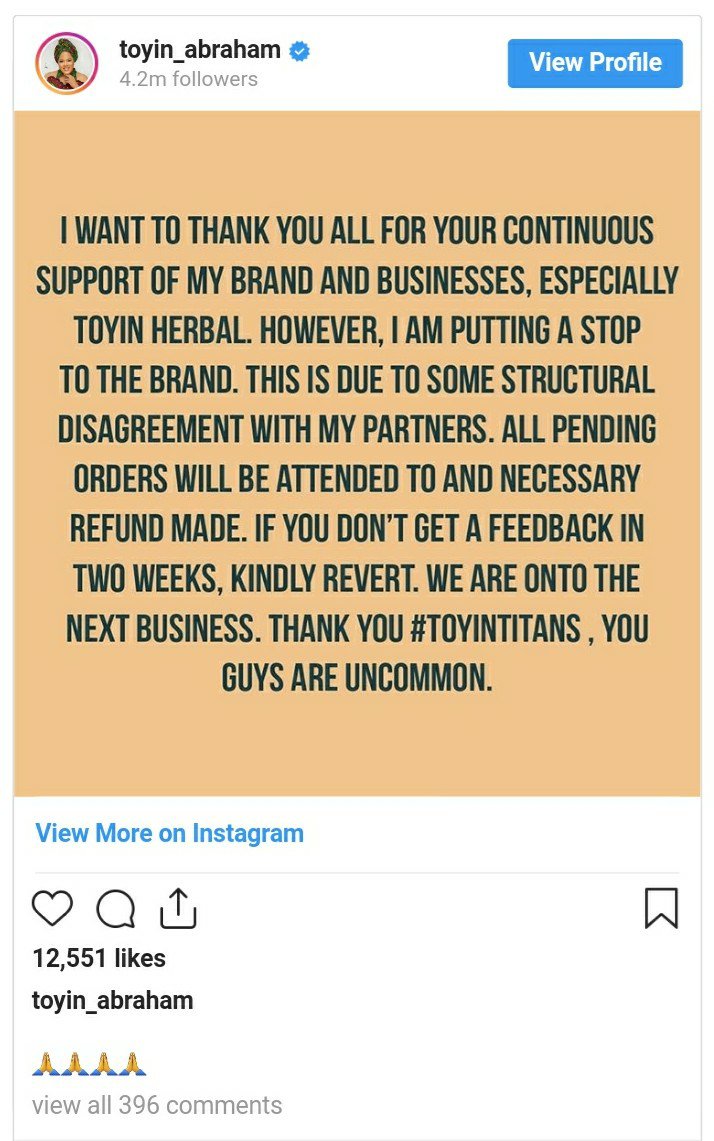 I dedicate this award to my son, Ire – Emotional Toyin reacts after emerging best actress at the AMVCA 7

I swore not to marry an actor again – Toyin Abraham