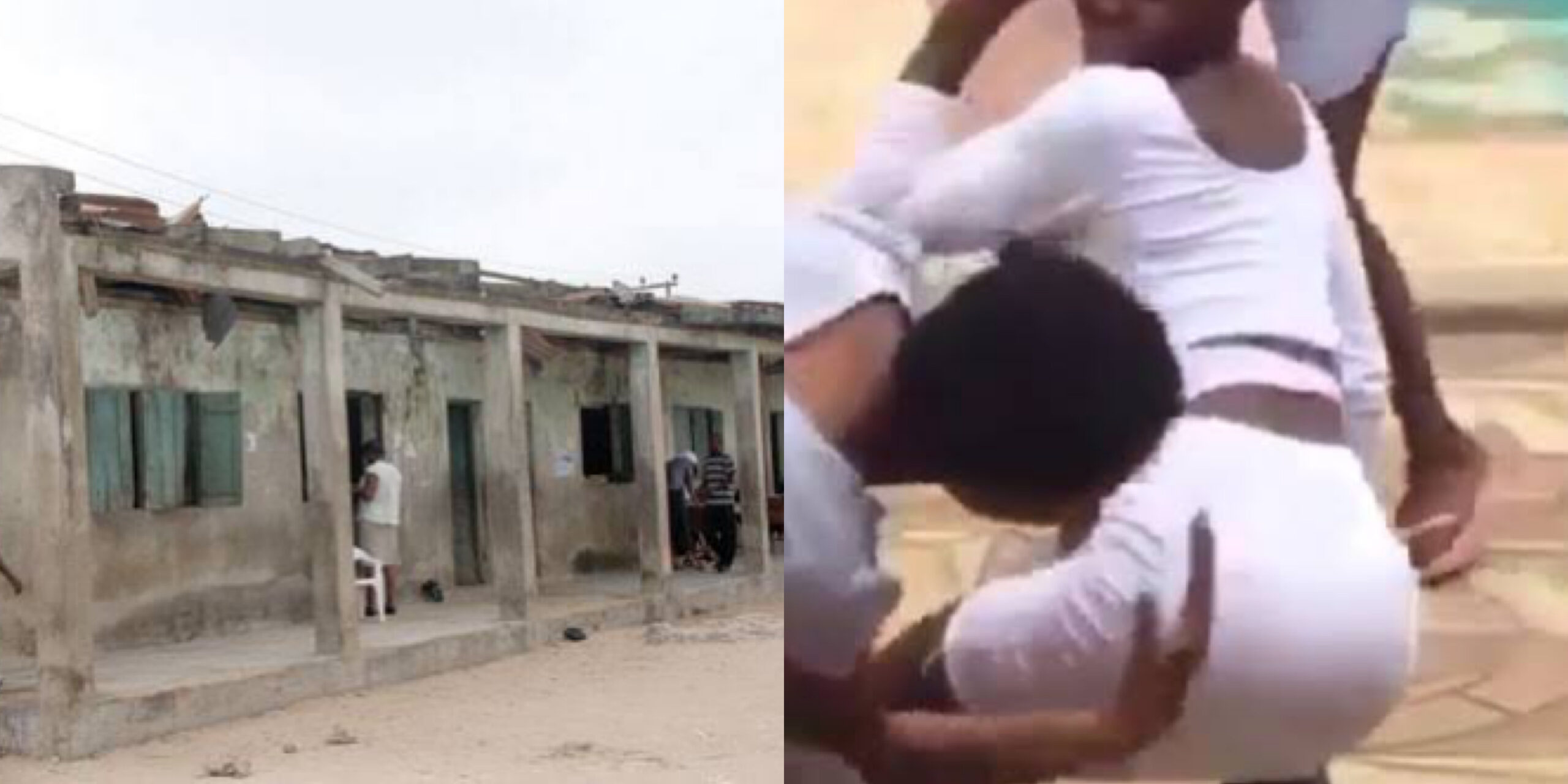 Tragedy broke in the town of Ayetoro-Itele as a certain Biology teacher was allegedly raped into coma by female students of the community school. News broke earlier today as the yet-to-be-known man’s neighbor called the attention of the local police station not far from where the evil act was being perpetrated.

According to an eye witness, five teenage school girls walked into the man’s one-room apartment, they were not on school uniform, so it was difficult to find out which school they attend but he was certain they were students because they walked in with notes and textbook. He, the eye witness, said he probably thought they came to pay their teacher a quick-recovery visit as the teacher was ill and couldn’t go to school since resumption.

These students had probably timed their arrival as there was no one around, everyone had gone to their various work except this man who happened to be at home due to his illness . ” I heard voices from inside his room, although faint, because our rooms are far apart. I thought he was merely having some conversation, I heard the moans too but who would think something like that would have happened. I found him naked few minutes after the girls left as I wanted to check on his health and so I called the attention of the nearest police.”

The man has been rushed to a medical facility and treatment has since commenced on him. The doctors and nurses are trying hard to save his life at least, while the police have also began their investigation in finding out those who committed this evil act.

Drama as angry man storms bank with rope, threatens to kill himself over…

“Is this what poor people go through everyday?” – Lady screams…

“Is this what poor people go through everyday?”…

“I’m the boss lady, my own money no dey…