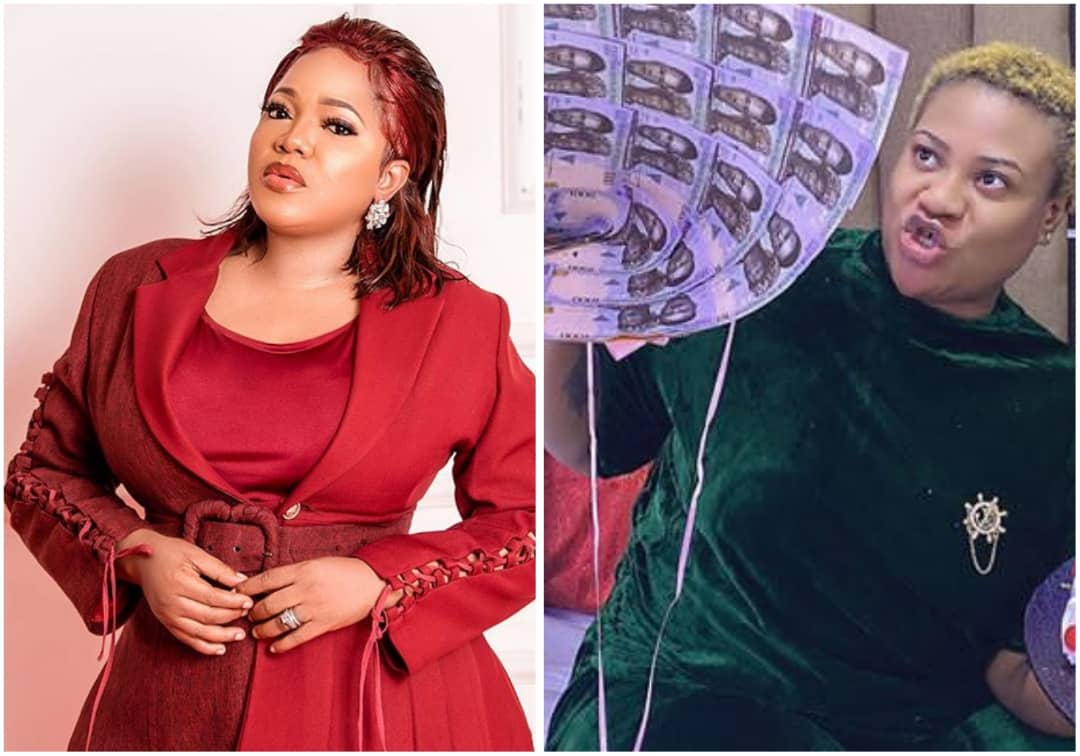 Curvy and endowed actress, Nkechi Blessing has received an early birthday gift from her colleague in the industry, Toyin Abraham.

Nkechi Blessing who will be celebrating her birthday in some hours time took to her Instagram Page to share pictures of the lovely to her millions of fans.

The beautiful producer and model stated via the post how happy she his for the gift that she claimed Toyin Abraham got for her from London.

Sharing picture of the gift, she wrote:

So this woman Ran to London only to send @royalhugssurprises To me this night😩😩 @toyin_abraham I told you ooo,you want me to faint abi🤦🏻‍♀️ Chaiii I love you too much my woman❤️ God bless you🙏🏻

Nkechi Blessing have been updating her fans with some sultry pictures of herself in the past few days as she just can’t wait for the grand celebration.

All eyes will be on the actress relationship with her new found love as her fans and followers hope she walk down the aisle with her boyfriend whom she has been flaunting on social media.