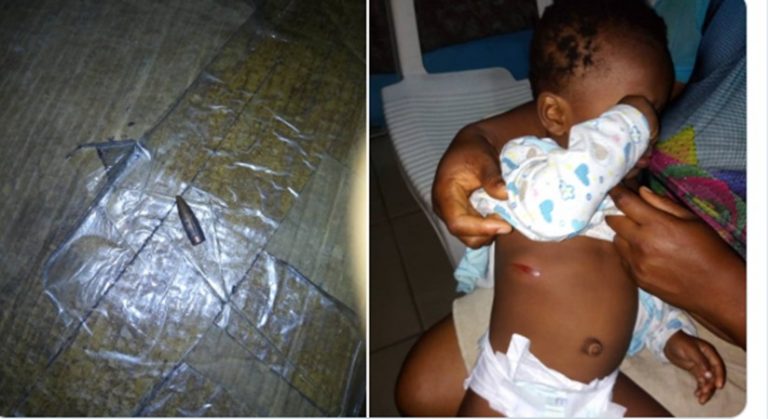 A baby was nearly killed after a stray bullet allegedly fired by a trigger-happy police officer at Mkpogu community of Trans Amadi, Port Harcourt. According to a Twitter user identified as @chiukwujioke, the victim of the stray bullet is his colleague’s daughter and the incident occurred two nights ago.

This shocking revelation had twitter users fuming with anger, people offered to help prosecute the officer at fault, but @chiukwujioke stated that the father of the child wasnt willing to press charges.

Read the tweets below;

Boss @segalink Pls I need this police to be caught and charged to Court. A flying bullet by the Nigerian police nearly killed my colleague daughter yesterday night at Mkpogu, trans amadi, Port Harcourt.

. I can give you the father of this baby. Pls he need assistance. Enough is a enough of all this. We can’t be dieing daily by the hands of this police. Pls and pls assist

The man came days  later bro notifgy Twitter users that the baby’s family have refused to press charges and are just glad that they did not lose their child.