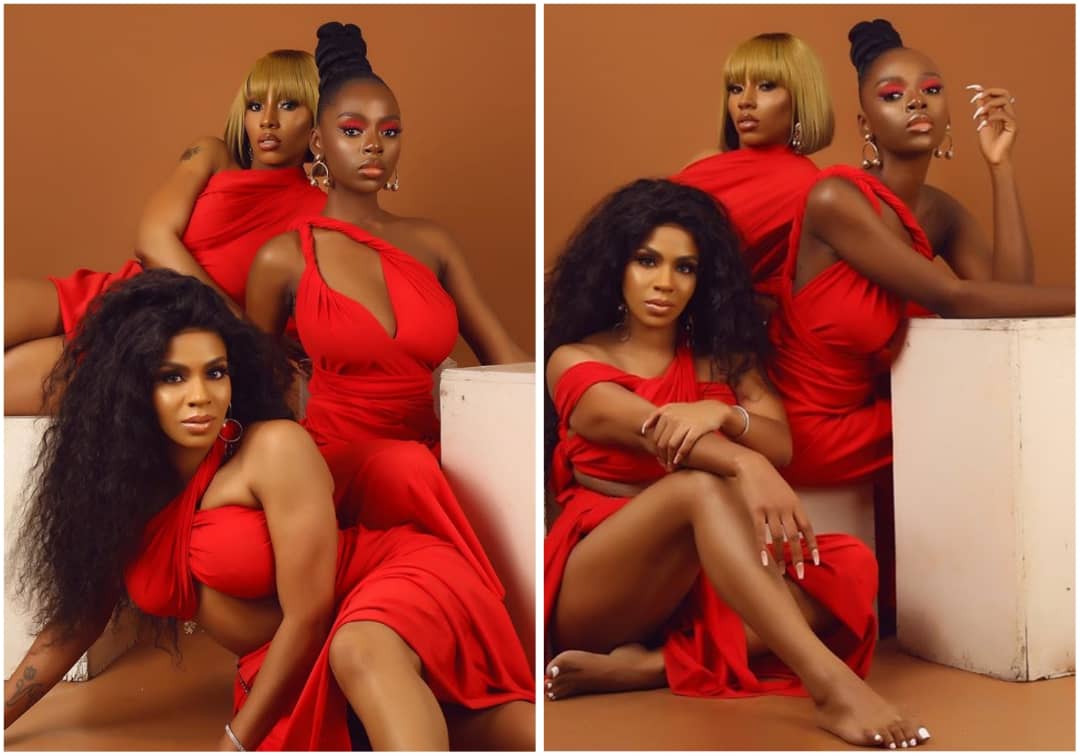 Former big brother naija housemates, Mercy, Venita and Diane have given fans a taste of how their valentine will be.

The beautiful sexy models took to their respective social media platforms to create havoc among their fans and followers.

Mercy Aigbe’s ex husband, Lanre Gentry opens up on the…

Mercy who made history by becoming the first female to win the reality show stunned out in a red outfit alongside Venita and Diane.

Both superstars have formed a great bond during their time at the reality show and have continue the trend outside the show.

However, Mercy have been having difficulties with her friendship with Tacha who was her main rival did the show.

Tacha and Mercy shaded themselves on social media some days ago over the reality show that both stars are set to launch.