Nigeria cross-dresser, Idris Okuneye popularly known as Bobrisky is set to cause havoc on social media as he vows to wear a bikini.

Often regarded as a drama queen by majority of fans on social media, the male barbie is set to show another version of his drama that fans have never see.

Bobrisky revealed through a post on his Snapchat that it’s high time he rock a bikini that will surely raise eyebrows on social media. 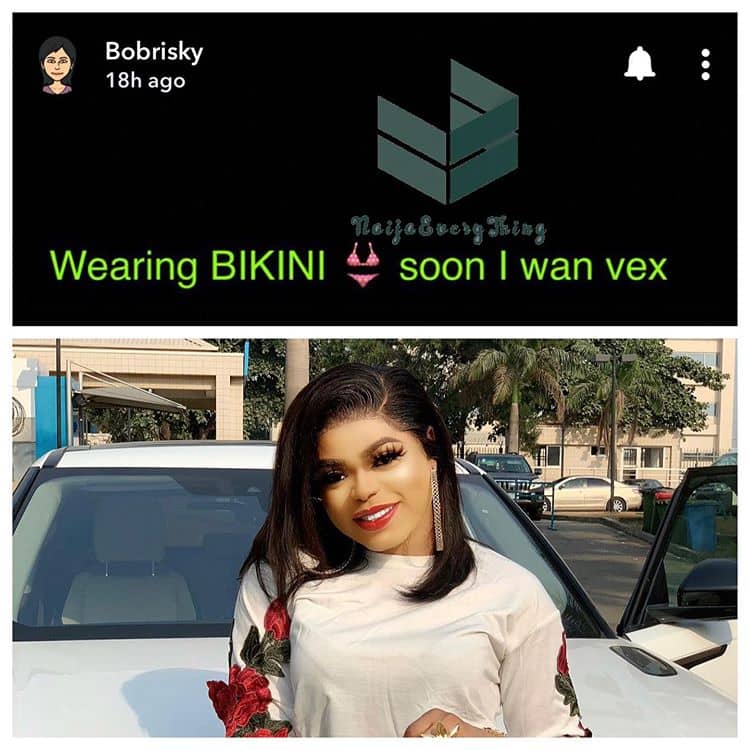 Fans of the male barbie will be anticipating day he will stun them with the sexy bikini picture.

Bobrisky will be eager to flaunt his massive butt which he claimed he did surgery on when he went to Dubai during the last festive period.

Though some section of the fans had claimed it’s an audio surgery, Bobrisky slammed them as he has been flaunting it via a series of post on his social media platforms but never in a bikini picture.