Nigerian crossdresser Bobrisky claims she met with her boyfriend – who she has always revealed to be a politician – for valentine’s celebration and the crossdresser dropped all the gusts about what they did when they met.

According to Bobrisky, they already began celebrating their own valentine’s day. In a post she made on snapchat, she stated in the video that she was meeting up with one of his boyfriends who is a politician.

Later on, Bobrisky then dropped the full gist on how they had a great time and also kissed for 30minutes. From the post he seems to be excited about the improvement of their relationship. 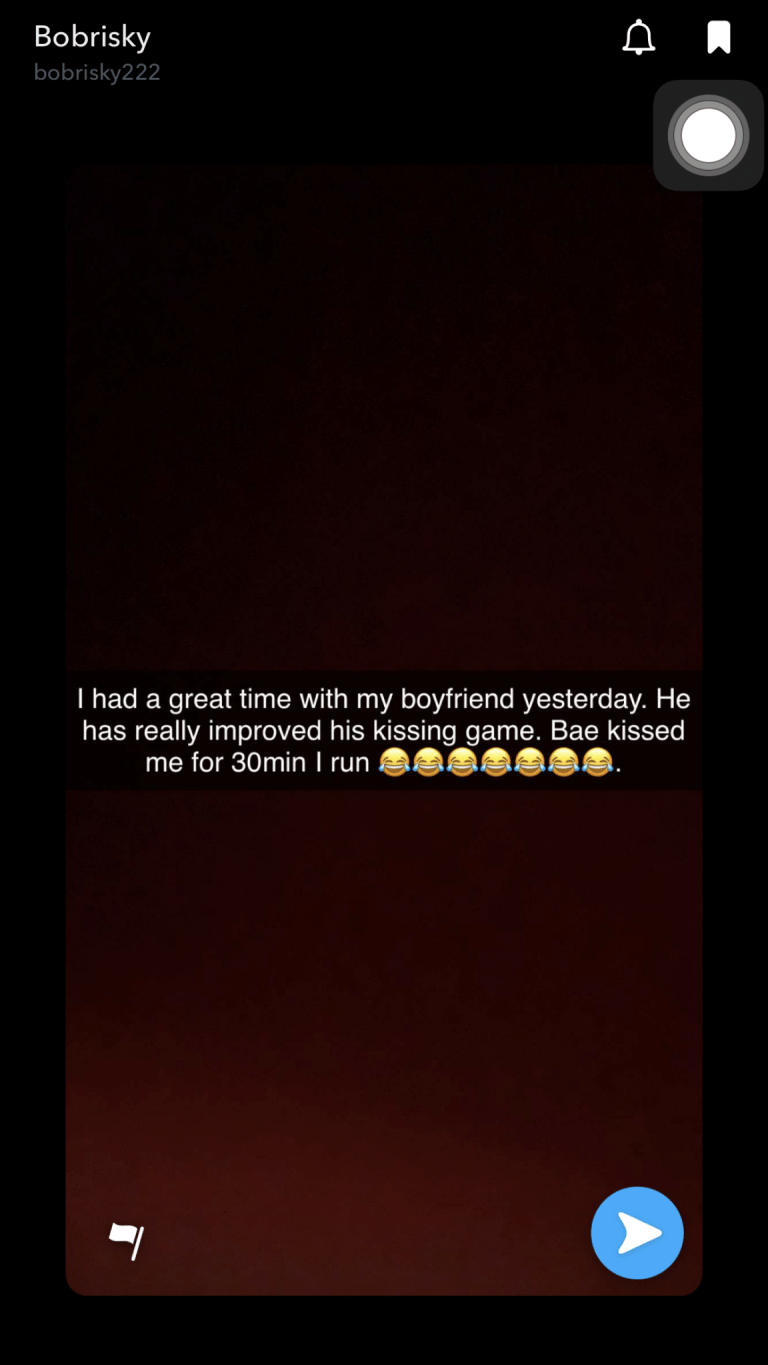 She will be celebrating her vals day in the arms of her politician boyfriend who is based in Abuja.