Burna Boy has gone on another rant on Twitter to insist on his argument that nobody in Nigeria or beyond paces way for him in the music industry except for Fela and his family members.

His new rant comes shortly after he stated that he is the best since Afrobeat legend, Fela Anikulapo Kuti, and that no one paved a way for him. 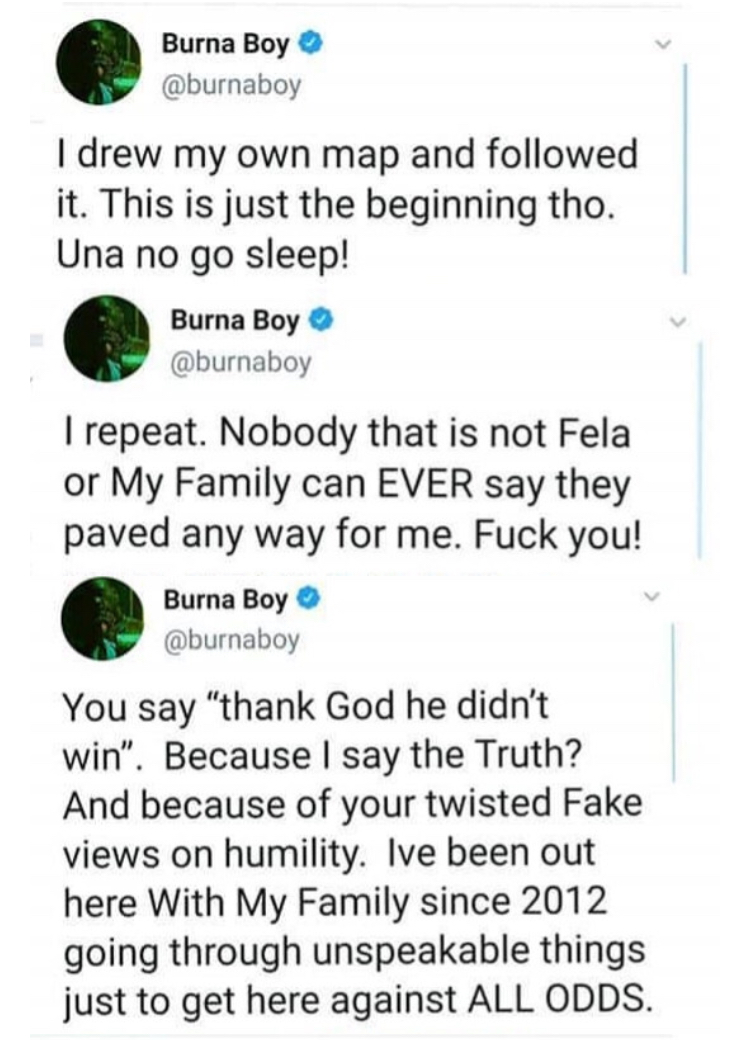 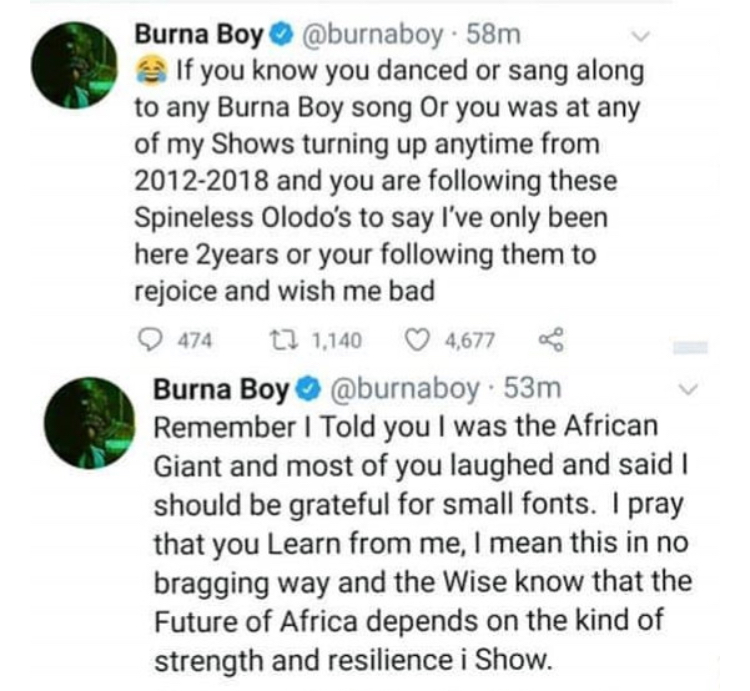 He had previously revealed the great advice that Timaya gave him which changed his orientation about the music industry. He made this known via a post on micro blogging site, Twitter stated that he always knew from onset that he’s the best since Fela Kuti left adding that even celebrities who claim to be the best know this.

According to his post, Timaya advised him to stop caring about being the best.