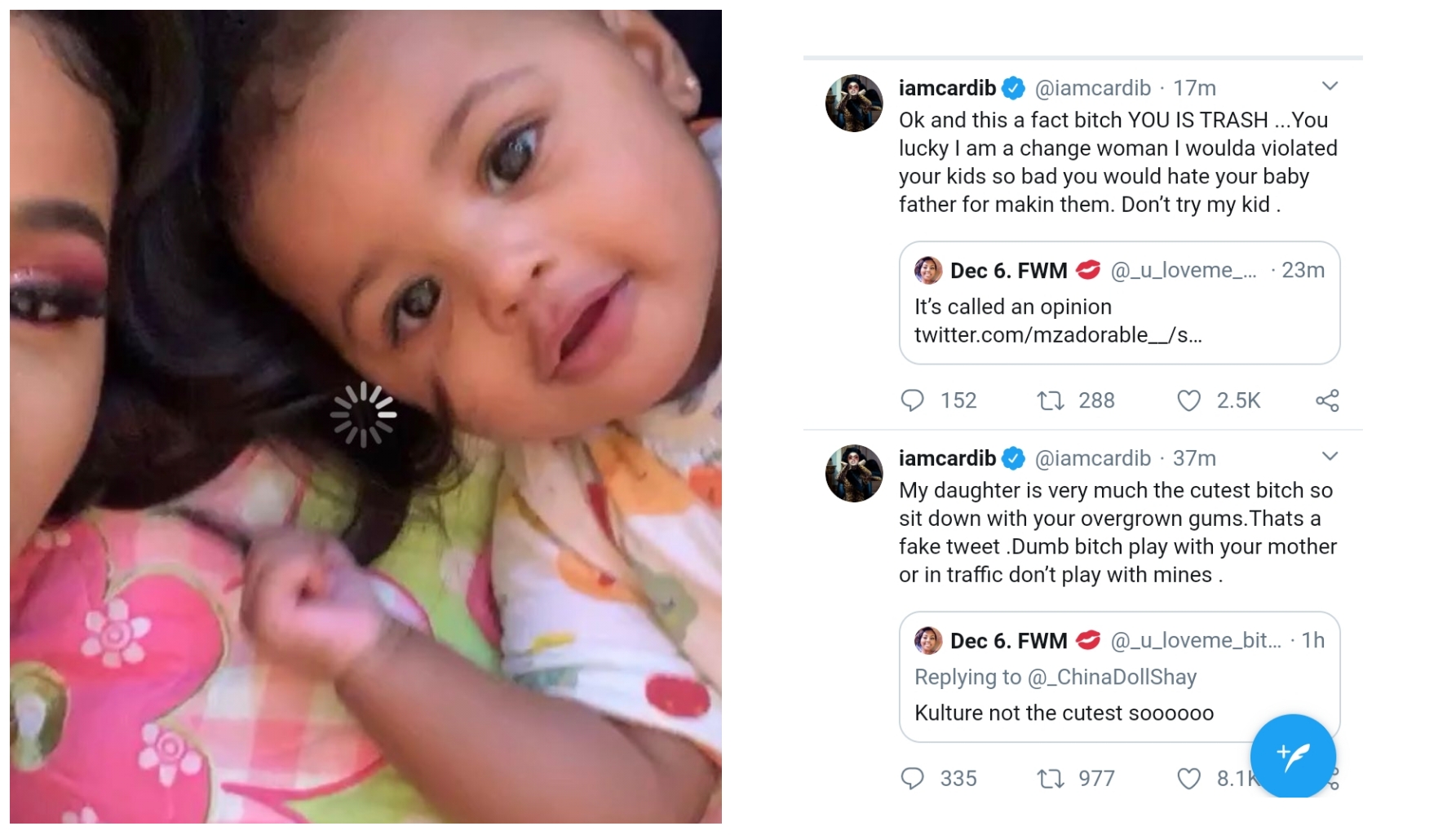 American rapper, Cardi B in the early hours of Monday morning have been gushing over her daughter Kulture as she showed off her picture on social media.

Cardi B in a tweet revealed that Kulture has been given her father attention than her for the past two months.

She wrote, ” Kulture been makin me feel like I’m number 2 and her dad number 1 for the past 2 months.Ion like that. I demand attention as well.”

However, things turned into an argument between Cardi B and a troll who said Kulture was not the prettiest.

Cardi B didn’t take it lightly as she fired back, she said, ”My daughter is very much the cutest bitch so sit down with your overgrown gums.Thats a fake tweet .Dumb bitch play with your mother or in traffic don’t play with mines.”

”Ok and this a fact bitch YOU IS TRASH …You lucky I am a change woman I woulda violated your kids so bad you would hate your baby father for makin them. Don’t try my kid .”

She went ahead to say “I never compared your child to mine .I don’t compare kids unlike you that tried my seed over a FAKE tweet .Have a nice day.”