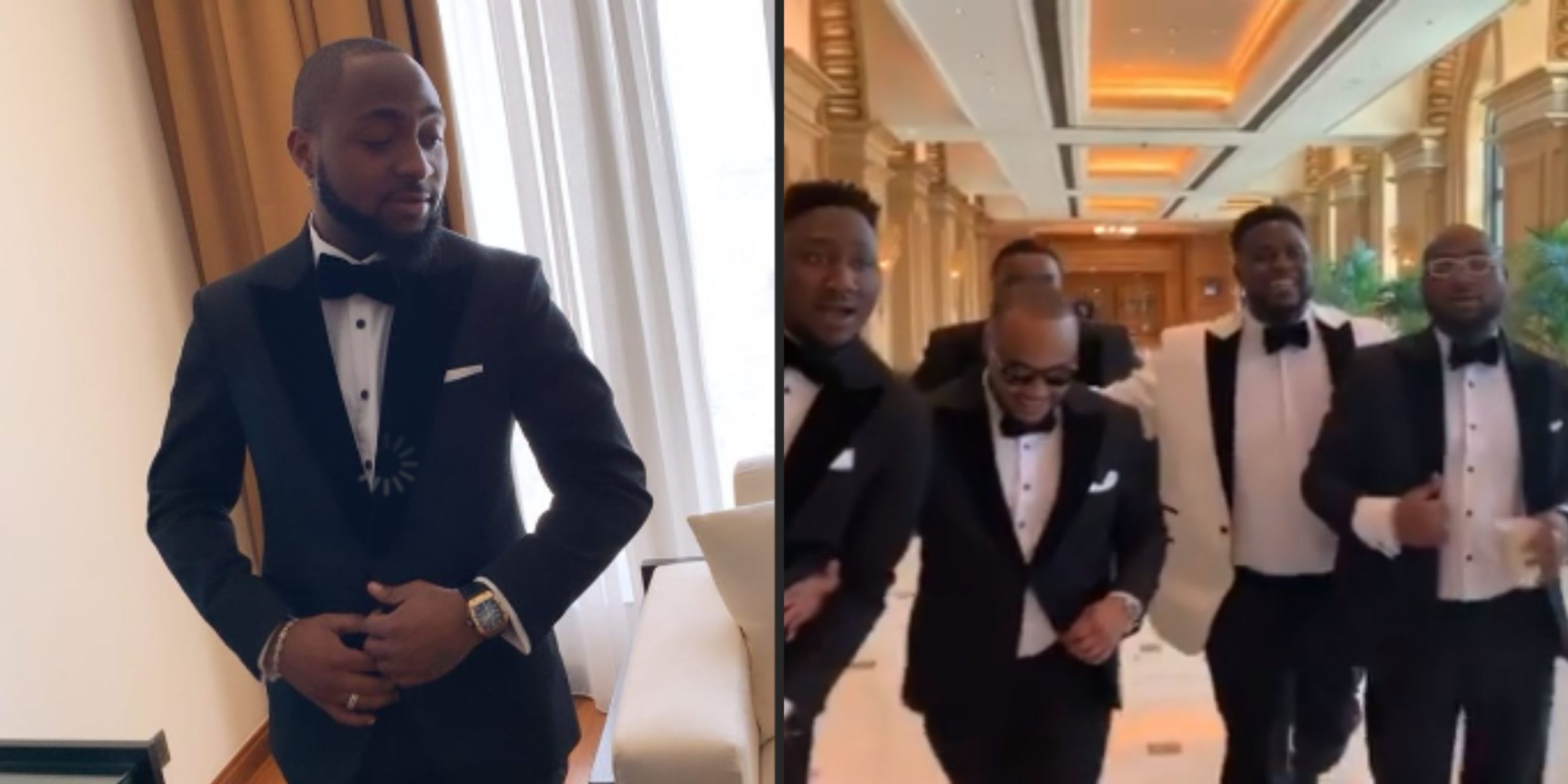 Nigerian singer David Adeleke, professionally known as Davido is currently in Dubai with his family members and friends for the wedding of his elder brother Adewale Adeleke to his fiance Kani. The superstar has shut down Dubai since he landed two days ago.

Davido who is set to be his brother’s Best man was recorded dressing up the groom on his big day.

“Don’t buy phone for any child who has not gone…

Davido and his fiancée, Chioma have shared photos of themselves as they depart Nigeria for Dubai with their son, Ifeanyi to attend the wedding ceremony of Davido’s elder brother, Adewale Adeleke.

The wedding will hold in Dubai tomorrow Sunday, February 2. See photos shared by Davido and Chioma below;

Theinfong recalls that Adewale Adeleke, was joined by their billionaire father, Adedeji Adeleke and other family members on the 8th of December for his wedding introduction at his fiancee, Kani’s family house in Calabar, Cross River state today.

Adewale and his fiancee, Kani, got engaged in July and have kicked off their wedding preparations. The Adeleke family converged at the Airport to be airlifted in a round trip Calabar in a private Jet. Wale could be seeing greeting all the elders in the Adeleke family as they step into the family’s private jet.